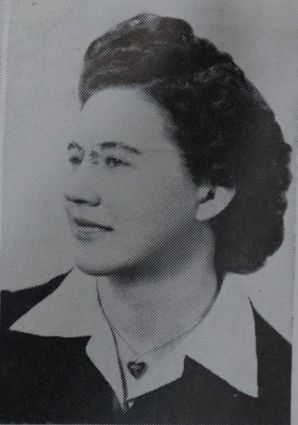 There are probably few years that will compare to the challenges faced this past year. This goes for Sanders County seniors graduating from high school over the next couple of weeks.

A Thompson Falls High School alum remembers another challenging year. Joyce Jacobson, formerly Joyce Baker, attended Thompson Falls schools and graduated 78 years ago, in 1943. Her graduation took place over a month earlier than planned, as the school board elected to hold graduation May 13, during their May school board meeting. The reason they moved it earlier was because any young man in Sanders County who found himself 18 years old by May 15 would be drafted into the military. World War II was at its peak.

Jacobson was part of a class of about 30 students, more than half of which would be called into service against any previous plans. Most of those who were not old enough to be drafted would later go on and enlist. Several would not make it home.

The draft, which started in 1940, would be the first peacetime draft in the U.S. When America entered the war, the draft was increased. The U.S. military wanted over 9 million men in the armed forces by the end of 1943. This would require nearly 200,000 men to be drafted every month and that pace was kept until 1946. By 1945 over 50 million men were selected and 10 million were accepted. The "4Fs" were rejected, and the "1A's" were kept. According to Jacobson, these were the ratings given to those for passing or failing due to health reasons. Jacobson said that Montana had one of the highest rates of 1As in the nation, and nearly everyone that she can remember from Thompson Falls that graduated in 1943 passed as a 1A.

"The war really shook us," said Jacobson. According to her, everything from meat to clothes was being rationed. "I don't think anyone realized what we all did." When she was a sophomore, she remembered going to the store to pick up a copy of the paper and read for the first time the name "Pearl Harbor." She would later ask her mother where that was. That next day she was in a school assembly, where she witnessed President Franklin D. Roosevelt declare war on Japan and its allies. He did so Dec. 8, 1941. Jacobson remembers thinking that it would be like WWI and would be over within 18 months. 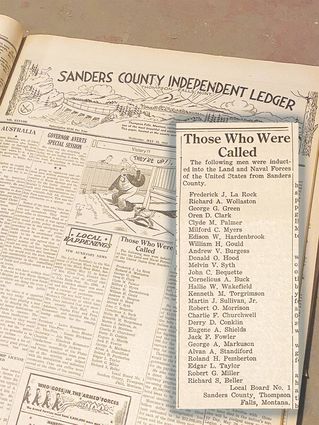 Many of her classmates were excited to serve, and to do their duty to protect their country and their families. Jacobson, along with many of the other young women in her class, would go on to become nurses. Jacobson herself became a cadet nurse. Her education was paid for by the government, as they desperately needed trained nurses. She became the head nurse at St. Mary's School of Nursing Hospital, in Rochester, Minnesota. She was working night shift there, August 1945, when the atomic bombs were dropped on Japan. That decisively ended the war with the land of the rising sun. She said the halls erupted with joy, though most everyone felt melancholy. "I felt sorry for those people. I felt so sorry for everybody," said Jacobson.

In the 1943 yearbook, the dedication at the beginning read, "To every T.F.H.S son and daughter who, in these troublesome days, serves each in his own way, our country dear, we dedicate this book." According to Jacobson, the book came out several months after graduation. Some of the graduates may not have even read that line.