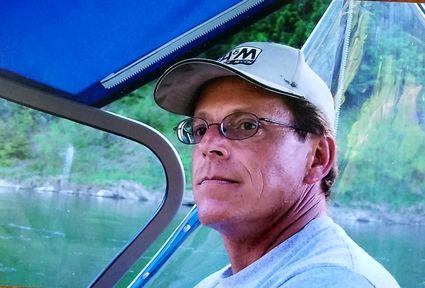 Thomas Arthur "Tom" Smith, 61, passed at home in Noxon from brain cancer. His final days were spent surrounded by loved ones, whom he kept laughing right up until the end.

Tom was born June 26, 1959 in Heron to Douglas and Mary (VanManen) Smith, the youngest of four children. They were en route to the Sandpoint hospital but Tom had other plans, arriving early in the local nurse's driveway. He was given his middle name after the nurse's husband.

Raised in Noxon, he graduated from Noxon High School in 1978. Growing up, he honed his sense of humor, which was a defining characteristic throughout his life. It was during these years he got the nickname "Tater" and his brother Bud became "Snuffy" because of a comic strip named "Snuffy Smith."

Tom married his best friend Tonya (Pederson) in 1985 and they raised their two children, Tasha and "Tray" (Thomas Raymond), on the same property where Tom grew up. Most recently, he enjoyed watching his grandchildren play in the same yard.

Tom worked many years in telecommunication construction, traversing the northwest from job site to job site. Many times he traveled by himself, other times he brought his family along to experience the new locations. He took pride in his long tenures with Western Construction, Potelco and Henkels & McCoy and made many lifelong friends in the process.

When Tom wasn't at work, he was never sitting still. He always had a project (or two, or three) to keep him busy. Fishing and cooking were two of his favorite hobbies; unless you count jokes and humor as a hobby - because he was an expert at humor. In 2017, he added crabbing and beach-combing to the list of hobbies after he and Tonya bought a small cottage on the Oregon coast.

He was preceded in death by parents Doug and Mary Smith, and uncle Don VanManen.