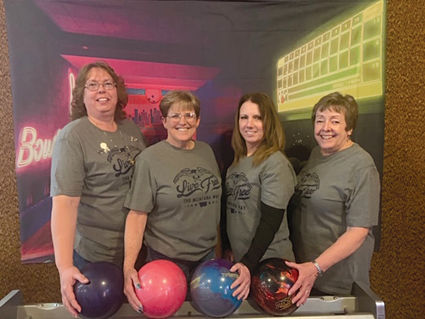 Dangerous Dames team member Wendy Kelley said everyone was elated to compete again after a year full of cancellations. "Being able to get back to bowling again, everyone was just so excited," Kelley said. "It was the most fun I've had in a long time with these women."

Over the course of four weekends in Missoula, the five teams brought home big numbers and put Thompson Falls on the map, gaining national attention from USBC. According to USBC, the Women's Championship features four average-based divisions for team competition and size divisions for doubles, singles and all events. All events titles are awarded to the bowlers with the highest nine-game totals at the events, made up of three games of teams, doubles and singles competitions.

"There are some new names at the top of the leaderboard at the 2021 USBC Women's Championships, with some big scores rolling in for singles and team competition," USBC said in a news release. "In singles competition, Wendy Kelley of Trout Creek, Montana, cruised to the lead in Amethyst Singles with a 600 series."

The 20 women competed well against the rest of the state, each placing individually, and Kelley was overwhelmed with pride for everyone's placements in the competition. "For our tiny community to compete so well in the tournament, I think it's awesome," she said. "It's also great representation for the whole state of Montana on a national level."

Kelley credited the friendship among the women for helping the teams finish with big scores, saying the majority of them bowl together Monday nights at the Rimrock. "We all get along really well, we all root for each other, and we all feel comfortable bowling together, and I think that's what really helped us," she said. "We've always helped each other no matter what, good or bad." 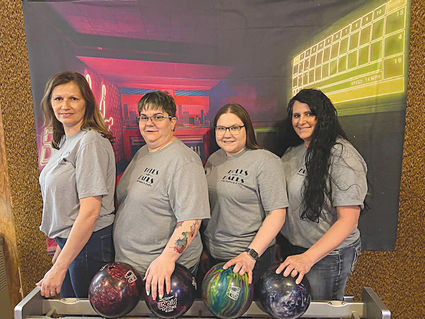 Talk of the Town placed 12th in their division with a score of 2,684. Team members are Rebecca Resner, Linda Wakefield, Kerry Schwarz and Shawnna McKinney.

Dangerous Dames placed 19th in their division with a score of 2,633. Team members are Mitzi Hart, Wendy Kelley, Donna Howard and Eileen Turk.

Dolls with Balls placed 29th in their division with a score of 2,569. Team members are Brenda Franck, Angela Lowe, Karissa Lowe and Shelly Wrightson.

NASCAR Freaks placed 25th in their division with a score of 2,638. Team members are Linda Pavlik, Sydney Harris, Marshanna Drop, and Koko Herreid.

Fun Team placed 28th in their division with a score of 2,624. Team members are Anita Brown, Jennifer Christensen, Margaret Stoll and Ginger Ward.