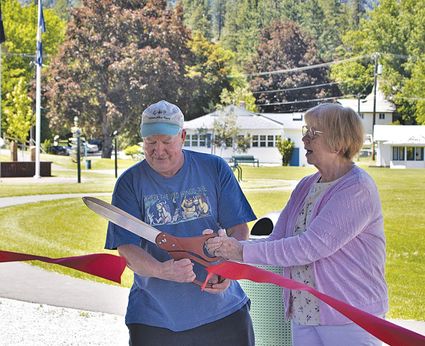 Mayor Mark Sheets gave a speech christening the official opening of Ainsworth Park in Thompson Falls on Monday. During his speech, he thanked the numerous groups that had worked to finish the park. He was joined by Carla Parks, who was mayor when the foundation was being laid for the park. Parks...