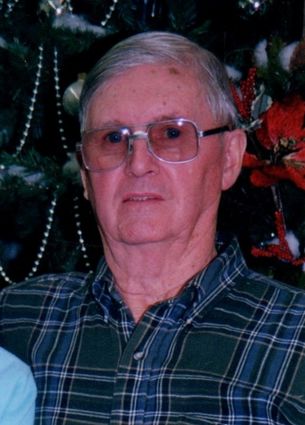 St. Ignatius- Kenneth Melvin "Kenny" Torgrimson, age 97 of St. Ignatius, Montana, passed away at his home on Wednesday, May 19, 2021, with his daughter Melvina and his brother Darrel "Torgy" by his side. Ken was born October 18, 1923, to Gustave Adolph and Mabel Olson Torgrimson at their home in Dooley, Montana. The family moved to Noxon, Montana around 1933. Ken played in the high school band and basketball team for the Noxon Red Devils. He graduated in 1941.

Ken joined the CCC and the U.S. Navy in 1943, being trained at Farragut, Idaho. He was on a ship to Japan when WWII ended. After sailing around the Pacific for several weeks, he was stationed in Guam for a year. After being honorably discharged April 3, 1946, with a rank of RM3C, he returned to Montana.

Easter Sunday, March 28, 1948, he married the love of his life Rosalia Marie (Rosie) McLinden in Noxon, Montana. They had three children, Melvina, Gary and Kevin. He worked at various Sanders County sawmills before retiring in 1985. They lived in Thompson Falls for 60 years and moved to St. Ignatius in 2009 to be near their daughter. After the passing of Rosie in 2017, he enjoyed doing his own things like watching the Minnesota Vikings and betting against Dede's Green Bay Packers, watching the Seattle Mariners, doing word searches, and loved to look at the beautiful Mission Range.

Cremation has taken place and a service and celebration of his life with military honors will be on Thursday, July 8, 2021, at 11 a.m. at the Whitepine cemetery with a reception following at the Whitepine Grange Hall.

Messages of condolences may be shared with the family online at http://www.shriderthompson.com. Arrangements are under the care of Shrider-Thompson Funeral Home.