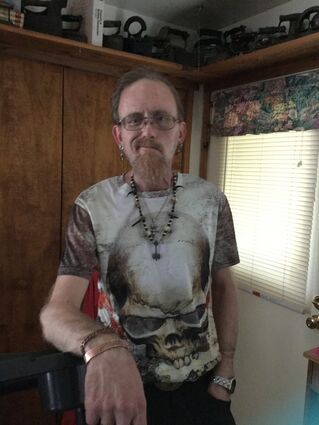 Jeff "Superman" Goddard traded in his cape for angel wings. He passed away June 28, 2021, from complications after surgery to repair damage from a gunshot in April 2020. He was born July 3, 1972, in Billings, Montana. He graduated from Noxon High in 1990, and got a degree in electrical engineering from the University of Washington in 1996. He worked in electronics in Seattle for nine years, moving back to Noxon in 2005 after his father's death.

Jeff worked at the cabinet shop and later as a carpenter until he was diagnosed with colon cancer. He was a four-year survivor. He is survived by his mother, Jan Goddard of Noxon, and his brother, Jim, Jr., of Mountlake Terrace, Washington. His friends (of which there were many) are planning a memorial, but no date has been set.