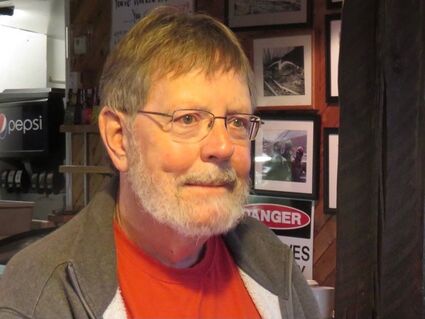 Robert (Bob) passed away of natural causes July 18 at Clark Fork Valley Hospital in Plains. He was born in Shelby, Montana, to P.W. (Pat) Kelley and Mary E. (Betty) Kelley. He was raised and went to school in Sunburst, Montana, working on area ranches during summers while in high school and college. He attended College of Great Falls and graduated from the Illinois College of Optometry as a Doctor of Optometry in 1967.

He opened his first practice in Cut Bank, Montana, and enjoyed his life as a bachelor and hunting birds and antelope. He had wonderful dogs and many stories to tell of those years. He was lured away to Spokane, Washington, by friends in the optical business, and went to work as an optometrist for the Teamsters Union. During this time, he met and married his wife Janice (Jan). In 1981 he moved back to Montana, to Thompson Falls, and opened an independent practice in the small town - a lifestyle he really missed. It was here he remained for the rest of his life. He cared deeply for his patients and enjoyed visiting with them as well as providing services for them. He was a quiet, contemplative man who enjoyed dogs and his trips back to the prairie.

Bob was predeceased in death by his father, P.W. (Pat) Kelley; his mother, Mary E. (Bette) Kelley; and his sister, Randa Farnsworth.

Bob is survived by his wife, Jan; his brothers, Doug (Cathy) of Columbia Falls and Don (Bev) of Kalispell and sister Diane (Janie) of Spokane, as well as numerous nieces and nephews.