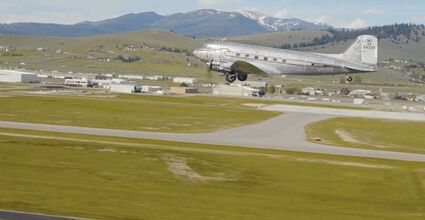 IN THE BIG SKY - Miss Montana takes her inaugural flight in 2019 after efforts to restore the World War II aircraft. The plane is featured in the new documentary "Return to the Big Skies – The Story Miss Montana to Normandy."

What seemed impossible to a group of volunteers became possible, and a new film is telling the grassroots story of how it happened. "Return to the Big Skies – The Story Miss Montana to Normandy" is a documentary screening this month that tells the story of the Museum of Mountain Flying's effort...