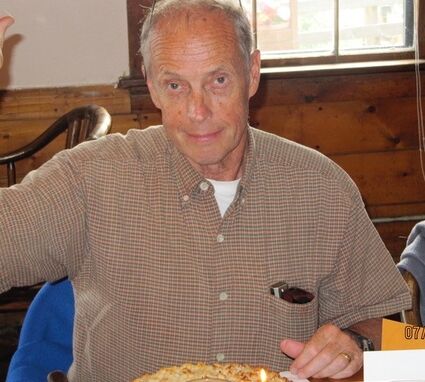 Jerry Flodin, a Sanders County resident until he was 21, died of COVID on August 19 in a hospital near his home in Fairbanks, Alaska. Jerry and his twin, Larry, were born in Everett, Washington July 19, 1937, joining an almost 2-year-old sister, Mary Lou. Their parents, Swan and Rena Flodin, were living near Granite Falls, Washington, where Swan was running a fledgling sawmill business. By 1942, lack of available timber forced the Flodins to move the mill to Plains, Montana, where there was an abundant source of timber.

Jerry, with brother Larry at his side, enjoyed a childhood that was wild and free, exploring and taking chances no "responsible" parent would allow today. Somehow, they both survived. Jerry realized in high school that he wanted to see the world and that he was an "independent kind of person" who wanted to earn his own way in life. His goal in life was "to make the world a better place than when I came." Jerry started college at the University of Montana, Missoula, and while there he met his future wife, Janet Holling. "I liked Jerry," she said, "because he always had a dozen ideas about how to fix things when they went wrong." In his second year of college Jerry left Montana and moved to Chicago, where he lived and worked at a Quaker Settlement House while attending Roosevelt University. He graduated in 1959 with a degree in sociology and a minor in psychology, married Jan and the two headed to Alaska on their honeymoon. They planned to come back to the lower 48 and Jerry would join the Navy, fulfilling his desire to become a jet pilot. However, when Jerry tried to report for duty he was not accepted because he had injured his knees in a ski accident when he was trying an experiment in stopping by running into a snowbank so his skis wouldn't come off and force him to chase them down the hill (Yup - wild and free. . .).

The honeymooners stayed in Alaska, where Jan got a job managing a motel and Jerry worked in trailer sales. Always the entrepreneur, Jerry soon noted that there was a lot of virgin timber around Fairbanks, and no full-scale sawmills in the area. He persuaded Larry to come to Fairbanks and start one, and Northland Wood Products was born. The fledgling mill grew in size and crew, moved location from the woods to its present location just outside Fairbanks. Jerry always had new ideas for Northland Wood. He never retired from the business and even after turning the management over to others, he continued to be involved.

Jerry was the driving force behind many wonderful adventures that included the whole extended family, such as getting a riverboat and exploring the rivers of Alaska, getting a motorhome to explore the lower 48, and of course, getting snow machines to use for many adventures in wintertime Alaska, of which Arctic Man was a yearly favorite. He and Jan bought a lot on the Salcha River, built a cabin and enjoyed many summers and winters there. He even took his family to live in Indonesia for a year while he worked for a lumber company there so his kids could experience how others in the world lived.

He was preceded in death by his parents and son Andy.