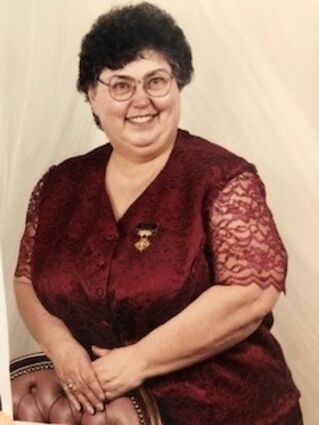 She was born March 30, 1943, in Portland, Oregon, to Herman E. and Catherine J. (Bredenbroker) Whisennand. The family moved to Plains where Leona graduated from Plains High School in 1961. Leona attended Northern Montana College and worked for Cascade County Convalescent Center in Great Falls.

She married Wesley Al Ekstrom on June 19, 1965. To this union were added three daughters that she loved and cherished very much. In 1975, the family moved back to Plains where Wes and Leona owned W.A.E. Disposal and the Llano Theatre for many years. Leona also worked for the Clark Fork Valley Press, Rocky Mountain Bank and the Sanders County Fair in the ticket booth.

She always supported her children and grandchildren in multiple programs including volleyball, cheerleading, music, football, hockey, drama, baseball and basketball and anything else asked of her.

Leona was active in Eastern Star Ideal Chapter #40 and Kathryn Johnson Chapter #132. She was initiated March 4, 1963. Leona was elected Worthy Matron and held numerous offices in both chapters. Leona was selected as the Montana State Representative for Colorado, a position that was one of her greatest honors. She was also active in Rebekkah's Fidelity Lodge #50. Leona held every office in the lodge.

Leona was a seamstress and spent many hours creating wedding dresses, prom dresses, Halloween costumes, gifts for her children and grandchildren and sewing for the Plains Police Department.

Leona touched everyone and gave freely of herself to all who knew her. She loved her children, grandchildren and great0grandchildren unconditionally and would do anything for them. Leona was too loved to ever be forgotten but will always be missed.

She was preceded in death by her father Herman, mother Catherine, and husband Wesley.

Arrangements are under the direction and care of Sunset Hills Funeral Home.