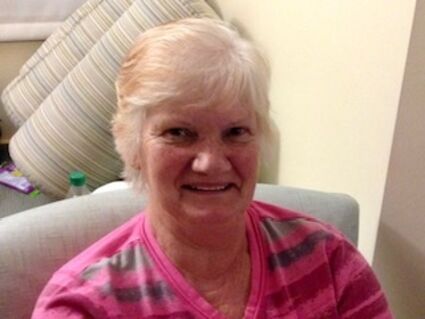 Katherine, better known as Kathy, Suzie or Sue, was born on March 20, 1940, in Wallace, Idaho, to Catherine and Paul McDowell.

While residing in Spokane, Washington, she attended an all-girls Catholic academy. She met her first husband, Ernest Dale Owen, while she was a serviceman in the Air Force, allowing them to travel across Europe with their five children. After their divorce, Kathy obtained a degree from American River College in California, where she met and married her second husband, Thomas Ferguson. They owned a radio and electronics business, finally settling in Noxon, Montana. She would spend her time picking huckleberries to make her huckleberry jams.

Sadly, Thomas would pass some years later. Kathy spent her final years living in the cabin they built together, eventually meeting Ron Tidd. They loved and took care of each other until she passed.

She is survived by her five children: Kenneth Owen, Monda Owen, Mary Harris, Al Owen and Ed Owen; five grandchildren, and two great grandchildren. She was loved by family and friends and will be sorely missed. At Katherine's request there will be no memorial service.