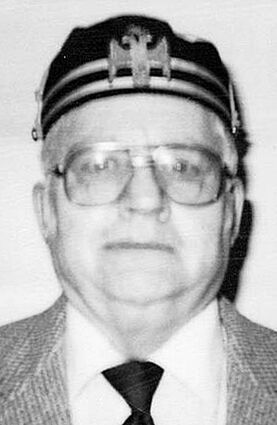 Thomas E. Smith (Tom) passed away July 29, 2021, in the presence of his wife, Verna, and pets Willie, Melody and Bessie.

He came into the world in Hamilton, Montana, to parents Barton Smith and Louise Thorning Smith. He grew up at Medicine Hot Springs where he spent time swimming, washing towels and suits and cleaning the pool and cabins. He attended 12 years of school in Darby and graduated in 1955.

He was a charter member of the Hamilton National Guard. He was in communications in the Army from 1956 to 1958. Following his discharge, he worked at Medicine Hot Springs and in the lumber industry at Conner and Missoula. He also attended several quarters at Western Montana College.

In 1960, he married Verna M. Jenkins and was blessed with a daughter, DeAnna, in 1961. He lived in Missoula, moved back to Springs, and then to Hamilton. In 1967 he moved to Plains and from then until 1984 he worked in the lumber industry in Plains and Thompson Falls. He drove a school bus for Plains School District during the school year and drove firefighters in the summer.

Retiring in 1999, he became a snowbird and headed south during the next winters. The summer found him enjoying the home, yard work, camping, traveling and riding on the motorcycle and four-wheeler. Pets were an important part of his life, all the travels were accompanied with Anne, Benny and Oscar. All little people in little furry coats.

At a young age he started riding a Cushman scooter and over the years moved up in size until he had a Gold Wing and belonged to the Gold Wing Road Riders Association, attending several Gold Wing (Wing Ding) conventions. Twice he rode to Sturgis with two of his friends from Thompson Falls.

He was a 66-year member of the Masonic Lodge, 61-year member of Eastern Star, Algeria Shrine, Clark Fork Shriners Club, Plains Lions Club and Plains/Paradise Seniors. Many summers found him attending parades and running one of the Clark Fork Shriner Club's motorized bathtubs. Many fair times he was with the Shriners who took tickets at the gates. He also served as a crossing guard at the school. He enjoyed the morning group at Sinclair until he was not physically able to attend. He had a number of rough years, being diagnosed with depression, bipolar, dementia and Parkinson's.