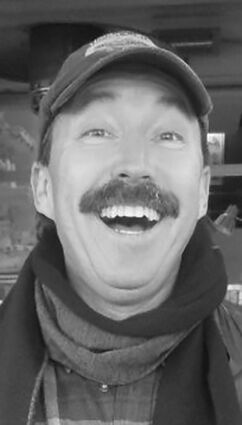 John David "Chad" Kavanaugh, a resident of Paradise, Montana, passed away in the area of Moscow, Idaho, in August or September of 2021, during a period of his being formally declared missing.

Chad was born to Charles W. Kavanaugh and Virginia Ruth Kavanaugh on July 10, 1961, in Sonora, California. He grew up in Sonora, and later lived in Modesto, California, Jacksonville, Florida, and Hanford, California. During his 20s, he served in the U.S. Navy, travelling widely and rising through the ranks from Officer to Sergeant. Following his retirement from the Navy, he became a corrections officer in various ranks, starting at the California State Prison at Corcoran, California as well as the nearby California Substance Abuse Treatment Facility (CSATF). He relocated to Sonora, California, in 2011 to spend more time caring for his aging parents. He greatly enhanced his parents' end-of-life experiences with his care, cooking and companionship. He ultimately retired as a Lieutenant at the Sierra Conservation Center, a correctional facility near Jamestown, California, in 2011.

In 2011, Chad became a volunteer with the Adventist Health Hospice, providing comfort and friendship to those with terminal illnesses or end-of-life challenges. During this time, he also volunteered at the Sonora Saturday Market, as well as aided with the collection and distribution of food in a local church food bank program, an organization which his mother had actively championed.

Following the passing of his mother in 2011, he resumed employment by working with Apex Security Group where in 2016 he became the Northern Regional Manager, leading a large team of security professionals during major events in the San Francisco Bay Area. During this time, he also became an avid hiker, climbing Mt. Whitney in Sierra Nevada, California, and Half Dome in Yosemite National Park.

Following the passing of his father in 2019, Chad relocated to Paradise, Montana where, as a businessman he owned the only coin-operated laundromat in the Plains area. Possessing an affable sociability, he was always ready with a smile, random acts of kindness and a helping hand to those in need. He was active as Junior Vice Commander in the Plains, Montana, chapter of the VFW (Veterans of Foreign Wars) Post 3596.

Beloved as a father, grandfather, brother, manager, partner and friend (and pet parent - he'd adopted many shelter dogs over the course of his life), Chad will be greatly missed. In memory of Chad, the family kindly requests that you consider honoring him by adopting and loving a shelter pet, donating time or money to your local no-kill animal shelter, supporting your local veterans' groups or training to visit those in need through a local hospice care organization.