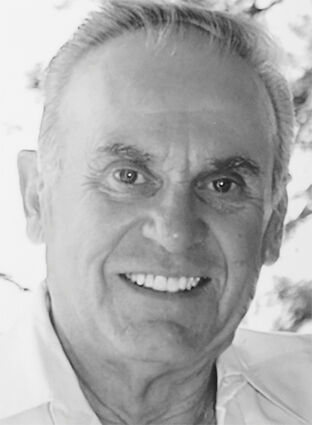 Bud led a full life. He lived in Alaska as a child and joined the Merchant Marines when he was a teenager. He then joined the Army serving in the 101st Airborne Paratroopers based out of Fort Campbell. He settled in the Seattle area, where he became a successful businessman and owned his own plumbing company. Bud was a business agent for the Local 32 Plumbers and Piperfitters Association. He married Jo Ann and they had four children together. Bud was an avid hunter, fisherman and loved to hike. His love of the outdoors is what prompted him to move to Thompson Falls in 1988. One could often hear him state, "Living in Thompson Falls is the best! Don't you love it here?" He enjoyed fishing on the Clark Fork River, Fishtrap Creek and hunting the various mountains and valleys surrounding Thompson Falls. He also went to Africa on two game hunts.

Bud was not immune to tragedy in his life. He lost his youngest daughter to cancer and later lost his first wife.

Bud was a successful business man in Thompson Falls too. He was Founder and Exalted Ruler of the Elks Lodge #2757. He and his second wife, Judy, have supported the Thompson Falls Bluehawks, the Elks Lodge, the Knights of Columbus and many other individuals and organizations.

Bud never ceased to enjoy the beauty of Thompson Falls and Northwestern Montana's outdoors. He loved his dogs and you could always find him with a faithful canine companion next to him.