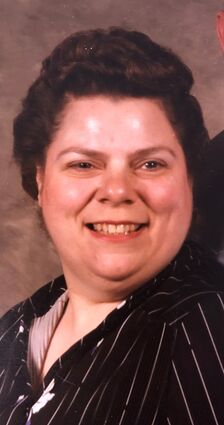 Martha was born June 16, 1944. At that time her parents, Albert and Dorthy Braun, lived in Lewiston, Idaho. Her family lived in various places in Idaho, Oklahoma, Oregon and Montana. Martha married Marvin T. Olson on April 23, 1960, in Sandpoint, Idaho. In short order Martha and Marvin had two sons and a daughter, Marvin, Les and Sue Olson. Martha and her family moved to Thompson Falls in1963 and she remained there until her death.

Martha met her husband, Marvin, through her brother Frank Braun. As a young man Frank worked with Marvin and they became fast friends. Occasionally Frank invited Marvin to their home. During some of these visits Marvin and Frank enjoyed sharing their talent on the guitar. In short order, Martha showed interest and began learning from Marvin how to play guitar. This love of music and God-given talent trickled down through their families and lives on still today.

Martha had several interests and hobbies that she loved. First and foremost was serving God. At a very young age, music had become a big part of loving and worshiping God. She sang, wrote numerous songs and also played piano, accordion, electric organ, guitar and lap-steel guitar. Martha longed to be out in the mission field for God, but did not have the health and freedom to do so as she wished. She learned over time that some of her mission field was well within her reach. Martha spent many years playing piano and singing for residents of senior citizen and medical facilities to witness for God and to entertain, help and encourage many people while teaching God's love for them. She loved being a blessing to others when she could. Some places where she served this way include Mount Silcox Adult Care Center and Cherry Hill Assisted Living in Thompson Falls, Plains Nursing Home, Riverside Health and Rehab Center in Missoula, and most recently she shared her love for the Lord during her stays at Clark Fork Valley Hospital, Saint Patrick's Hospital, and The Village Health and Rehab Center in Missoula. One distinct highlight for her was playing the accordion and singing while riding up and down Main Street on the Thompson Falls Annual Chicken Jamboree flatbed trailer. Martha began attending the Assembly of God Church in Thompson Falls in 1980 where she also served using these talents. She dearly loved her Church family and remained a faithful member.

Loving art and loving to paint, she depicted several beautiful scenes on canvas. Some of these were sold and some were lovingly painted specifically for family members. A lot of the scenic inspirations were sparked during family vacations to beautiful places in the Pacific Northwest and up into the string of National Parks in Alberta, Canada. There were several vacation adventures that held very special places in her and her family's hearts and minds.

She finished her education as a young lady with her graduation from eighth grade, with honors. She always wished that she could have finished high school. So, for a couple of years in her late 50's and while caring for her sick husband, Marvin, she attended night school and earned her GED with nearly straight A's.

Martha was preceded in death by her husband, Marvin T. Olson and her son Marvin L. Olson.

She deeply loved her family, her Church family and her Lord and Savior.