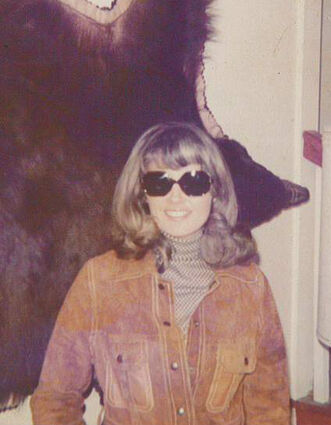 Judy Ann Triplett, 75, passed away peacefully November 8, 2021 after a long battle with Alzheimer's. Judy was born to Charlotte and Lowell Wilson in Denver, Colorado March 23, 1946. She grew up in Gunnison, Colorado until 1960 when the family moved to Canon City, Colorado.

Even at a young age, you could see that Judy would rather be outside. Growing up on a large ranch she got her first horse, Little Beauty, at age six. She was then gifted another horse, Ginger, who had lots of spirit and lead to Judy breaking her arm twice leading to a surgery. This never stopped her as she and her sisters spent many hours riding, they especially loved riding along the river around their home. As a young teenager Judy joined a local rodeo club and began barrel racing. She was honored to be crowned rodeo queen on more than one occasion.

Judy met and then married Jack Triplett in 1964. Moving back to Gunnison, Colorado for a short time, and then to Libby, Montana. Longing to have children they could not conceive on their own they adopted a daughter in 1970.

Life took them to California for several years where Judy worked at a car dealership, earning Sales Woman of the Quarter and Year several times. In 1982 the family moved to Thompson Falls where they've owned Triplett Plumbing for over 30 years. Judy needing constant care for the last several years was able to stay at home with the loving care of two special ladies. Bobbi and Susie, we will forever be grateful for all you did for her and our family.

Judy is survived by her husband of 57 years, Jack Triplett; her daughter, Shawna (Darrell) Chenoweth of Thompson Falls; her grandson, Garrett Reinschmidt of Kalispell; her brother, Denny Wilson of Polson, Montana, her sister, Betty (Mark) Johnson and nephew, Tavis, all of Missoula, Montana.

She was preceded in death by her parents and a sister, Linda Chow.