Rowan to stay mayor of Plains 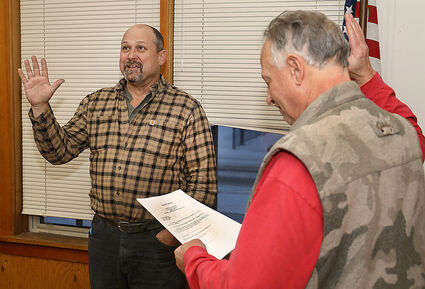 ANOTHER TERM – Chris Allen, president of the Plains Town Council, swears in Dan Rowan for a second term as town mayor at City Hall.

Dan Rowan was sworn in for his second term as mayor last Thursday, even though he had been scheduled to be sworn in as the county's newest commissioner the same day, which he had postponed because he was having second thoughts on leaving as mayor, something he had wrestled with for weeks.