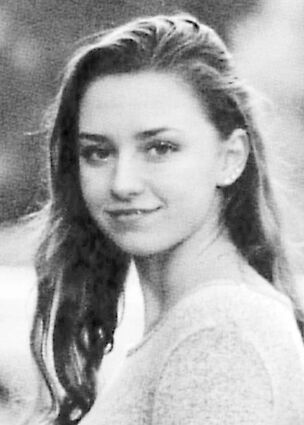 Elizabeth grew up in the Clark Fork valley. She attended kindergarten through third grade in Thompson Falls, Montana, and fourth grade through high school graduation in 2020 in Noxon.

Elizabeth touched many lives during her time with us. Elizabeth was a friend; you could irritate her, but when the chips were down she had your back. I don't think she ever saw a dog that wasn't cute and could she have one like it. Her positive attitude and general good nature was evident in most everything she did. If Elizabeth saw someone needed a hug or a hand, she saw that it was delivered. If everyone had her attitude the world would be a better place. We will always have our memories of Elizabeth; but we will miss her general radiance. Elizabeth was very competitive and if you ever ran against her in track, played a board game or played a hand of gin rummy with her you would learn what competition was.

Elizabeth joined the Montana Army National Guard on February 28, 2020. She graduated Basic Combat Training at Ft. Jackson, South Carolina. She then attended Military Occupational Specialty School for 92W Water Purification Specialist at Ft. Lee, Virginia. In November 2020, PFC Lampshire returned to Montana and her assigned unit was Detachment 1 of the 639th Quartermaster Company in Libby. Elizabeth earned several awards: National Defense Service Medal, Army Service Ribbon and Montana Noble Eagle Ribbon. Elizabeth enjoyed the comradeship with members of the unit and considered them brothers and sisters. Elizabeth considered it an honor and a duty to serve her country.

Elizabeth wanted to see some of the world when she was young and thought the military would provide her with an opportunity to see and experience many different aspects of life. In the spring of 2021 Elizabeth learned she was expecting a child and her priorities changed. She was striving to be the best mother that she could be. She still honored her commitment to the military and attended drills up to December 7, 2021.

If you met Elizabeth you were a part of her life; she had that effect on a person. Elizabeth was a mentor to many people from different walks of life; people looked up to her and trusted her advice.

There will be a memorial service for Elizabeth on Saturday, January 15, at 11 a.m. at the Noxon School gymnasium.