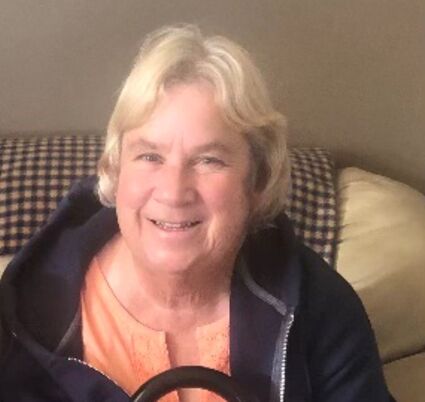 Sandy passed away January 9, 2022, after a long, courageous battle with cancer.

Sandy was born May 25, 1950, to Kenneth and Lela Wilson of Heron Montana. Raised on a dairy farm at Heron, she learned to milk cows and developed a love of animals at an early age. This continued into later years on her little farm in Plains pinned "Sandy's Mini-chores." There she raised miniature donkeys, miniature horses, pygmy goats, potbellied pigs, llamas and a variety of other interesting animals. She loved her mini farm and it gave her many years of enjoyment being able to spend time outside taking care of her wonderful little farm.

Sandy went to school through eighth grade in Heron and then started high school at Noxon, Montana, where she met her high school sweetheart and future husband Rusty King the first year there. Rusty and Sandy were married on October 6, 1969. On November 23, 1970, they were excited to welcome their son Keith, and in 1975 their daughter Christy. They settled in Plains, Montana, and purchased the property on which Sandy lived for 42 years and raised her animals.

Rusty and Sandy were married for 31 years, and Sandy took excellent care of Rusty while he had his own battle with multiple sclerosis for 18 of those years and eventually passed in 2000. She was a loving caregiver to not only Rusty, but to every one of her family members and friends that she encountered. Her family was always first to her.

She is preceded in death by her husband Rusty and father Kenneth. She is survived by her mother Lela Wilson; four brothers, Gary, Tom, Lyn and Jim Wilson; four amazing sisters-in-law; her children Keith and Christy; and her grandchildren Carlie King, Allison King, Evan King and Kaden Koellen.