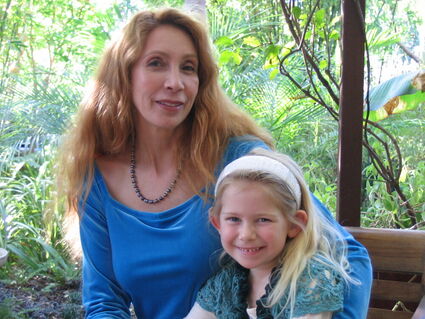 Barbara Wiltzen Van Arsdell passed away in her Santa Monica, California home on the morning of December 28, 2021. She passed in the presence of her daughter Grace and husband Curt Alexander. She was preceded in death by her loving first husband, Paul Van Arsdell Jr, and her Mother, Estelle Wiltzen. She is survived by her father Harris Wiltzen, her brothers Stephen, John, Edward and Stuart Wiltzen, as well as her sister Jennifer Kier.

Barbara was born in Scobey, Montana, to Harris and Estelle (Malaterre) Wiltzen, and was the second of six children.

Throughout her childhood she was surrounded by loving parents and a supportive family. Barbara attended grade school at St. Mary's School in Malta Montana then Malta High School where she discovered a passion for theater. She enjoyed reading, writing, singing, and piano. She also participated in the 4-H Junior Miss program from the age of 12 to 17.

She made her way (and it would be her way) to Los Angeles in pursuit of acting, modeling, writing and her future. Along the way, she learned the ways of a big city while working a part time job as a legal secretary.

She would experience both excitement and euphoria along with heartache and heartbreak in work, play, and relationships. Through trials and tribulations, she learned who she was and what she truly wanted. Regardless of any outcome, she always remained persistent and future-oriented, bolstered by her family and confidence of what she desired for her life. These experiences, along with her strong family nature and kind, caring personality would both shape and carry her throughout life.

While working at her "on again, off again" job as a legal secretary, she met one of the loves of her life, Paul Van Arsdell Jr. They were married in 1984 and were pursuing a life together, when Paul's life was tragically cut short in 1990 by cancer after only six years of marriage.

Not one to be easily deterred, Barbara forced herself to continue on with the business of living. She immersed herself in work at her Montana ranches. With the help and guidance of her loving father Harris, she discovered yet another of her passions, Tree Farming.

Her love of family and friends made her the coolest, nicest, and most caring Aunt, sister or friend imaginable.

At the end of 1995, Barbara was dreaming of what might be her next chapter, when another adventure in the form of a blind date named Curt Alexander came into her life. That blind date evolved into romance then marriage in April of 1999. Barbara would then realize her greatest dream being a mother.

With years of prior experience caring for nieces, nephews, and extended family, she was more than ready for the arrival of her daughter Grace in 2001. Barbara put everything she had into being a mother; there would be no half measures. This included volunteering for school events, music lessons, swimming, and schooling, all with Grace as the top priority. Barbara was perpetually teaching her daughter that "Only in a dictionary does success come before work." 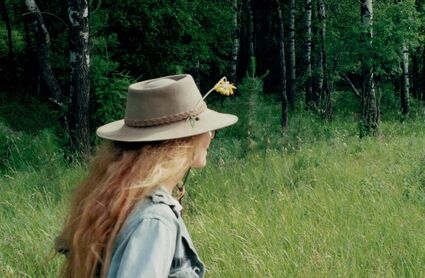 Barbara ensured that Grace would receive all the benefits of a variety in life experiences, all while constantly surrounded by loving families in Montana, California, and Illinois.

With Grace off to college, Barbara had successfully fulfilled her most ambitious life dream. Barbara and Curt were planning for the next adventures in their lives together, alas it was not to be.

The Boss Lady of the Ponderosa had to go, as there are gardens of daffodils, poppies and sunflowers to tend and forests to manage, in the heavens above.