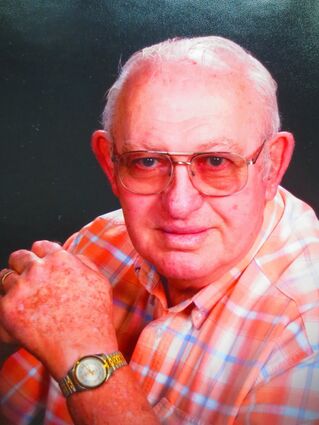 He was born on a cold, snowy morning. His dad had to light a fire under the car in order to get it started and traded half a beef to Dr. and Mrs. Olsen in exchange for the delivery of their second son, Miles, on December 27, 1934. He was born at the Olsen Birthing House in Eureka.

Miles attended school in Eureka where he enjoyed participating in sports in junior high and high school. As a teenager, he drove cattle on horseback to the Pinkham Drainage for family and friends. He graduated from Lincoln County High School in 1953 and then enlisted in the U.S. Army. He spent 3.5 years in the service. A good part of that time was spent in Korea. He then attended college and graduated from Northern Montana College in Havre. He spent eight years teaching and coaching in Hot Springs, where he met his beloved bride, Betty, and her three children, Sandy, Jerry and Jane. They were married in 1963. They were blessed with two children, Bradley and Valerie, in Hot Springs. They spent every summer in Eureka where he did the haying for his mom and dad, Louise and Homer Garrison. The family moved to Spokane, where Miles, Sandy, Jerry and Jane all attended Whitworth College. Miles got his master's degree in Education. He spent five years as principal in the Cle Elum/Roslyn, Washington, school district and five years as principal of LCHS in Eureka. Upon retirement, Miles, Betty, Brad and Valerie made the move to Alaska where they spent seven years at various positions. They moved back to Eureka then and helped his mother on the family ranch. Miles also drove school bus for the district for 25 years, a job he dearly loved.

He was active in the Glacier Gideons and the First Baptist Church. He was preceded in death by his wife Betty, his son Brad and his daughter Valerie. He is survived by his stepchildren, Sandy Oertli and Jane Fairfield of Eureka and Jerry Oertli of Billings. He has several nieces including Bobbie Brock and Vicky Pluid of Eureka, Becky Schultz of Dayton, Montana, Jeanne Henley of Poulsbo, Washington, and a nephew, Tag Garrison of Eureka. He also has numerous grandchildren, great-grandchildren and great-great grandchildren.

In lieu of flowers, please make donations to the Glacier Gideons or the First Baptist Church Eureka in his memory.