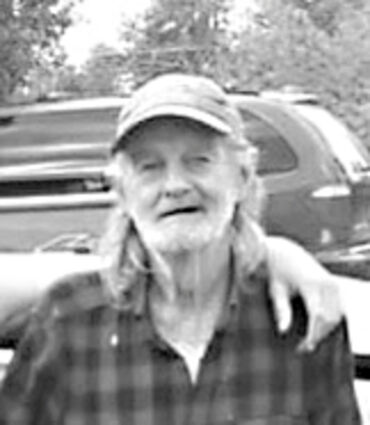 On March 10, 2022, a man of many hats - fisherman, hunter, miner, father, grandfather, uncle, and friend, Lindsey Ray Elder, Jr., passed at the age of 74, surrounded by all of his loved ones. Lindsey was born on January 26, 1948, in Ottawa, Kansas to parents Laura Mabel Elder and Lindsey Ray Elder, Sr.

Not a fan of the south, Lindsey spent many years traveling decidedly north; making his way up and living as far north as Alaska. In 1964 Lindsey found his future home in Thompson Falls, Montana, nestled in the Bitterroot Mountain range. There he met Dianne Rummel; the two would go on to have three boys together- Gene, Tim, and Joe, before separating.

Lindsey was the constant outdoors man- never passing up an opportunity to go fishing or mining. He was also known to be quite the prankster and tales can be told of his "out of the blue" pranks that left everyone reeling in laughter. Lindsey never cared too much for putting down roots, so later in life he enjoyed the freedom of his RV and a good spot to park. The last stop in his life was spent living with his nephew and wife/family Robert and Tabitha Viergutz, in Libby, Montana. Lindsey filled his last couple of years enjoying the finest thing in life... peace. He would spend hours in the shop, "supervising" or teaching everyone a thing or two about Rummy. Never a man to say no to the outdoors, he spent his days with fishing lines in the water, sifting pans of gold, while waiting for that illusive tug of a fish on the hook. There is not a story of Lindsey that wouldn't bring a smile to your face or chuckle from the entire room.

In Lindsey's many travels, he was able to see so much in his long life and truly have an impact on all that encountered him. Although he was a quiet soul, he could always say just enough to get the point across or shock the pants off anyone around. Lindsey's light was his grandchildren; he could spend hours on the phone visiting with them and vocally enjoyed the visit for days after.

He was preceded in death by his mother, Laura M. Elder; his father, Lindsey R. Elder, Sr; and his sisters Joyce Elder, and Dianne "Rose" Cassida.

There will be no public service. The family has instead decided on a private gathering of remembrance at a later date. Cremation has already taken place in Libby, Montana, at Schnackenberg Funeral Home.