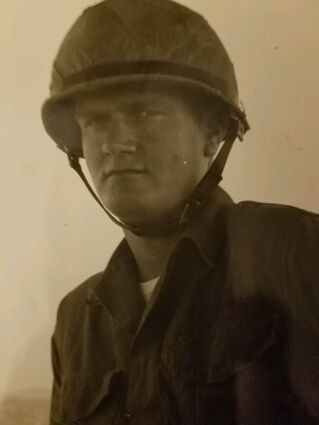 Carl Morgan Wiseman passed away April 16, 2022, at his home in Paramount, California, surrounded by family. He was born January 17, 1943, to Sara Gallaher.

Immediately after graduating from Culpeper High School in Virginia 1962, Carl joined the Marines July 6, 1962, until May 25, 1968. After spending a tour in Cuba, he was one of the first Marines to go to Vietnam on March 1, 1965. Upon returning from Vietnam he was stationed at Camp Pendleton, California, as a drill instructor. During his time in the service he earned numerous medals including the Bronze Star and Vietnam Gallantry Cross.

One of Carl's proudest moments was when he pinned the Marine sergeant stripes on his grandson, Jonathan Taylor Smith, in October 2020. He was proud of his children, who told him that "he taught them what it meant to be a family." He was a wonderful father, husband, son, brother and uncle, loved by all.

Carl was employed by Fortifiber for 20 years and Johnson Laminating for 30 years retiring at 75.