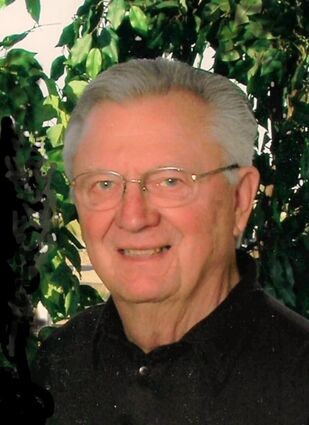 Frank (Francis or Francie) Donald Sularz, age 87, of Seattle, passed away in Seattle on November 1, 2021, with his two children by his side. He was born in Trout Creek, Montana, on March 4, 1934, to Frank and Agnes Sularz. He eventually moved to Thompson Falls, Montana, where he lettered in many sports, met his future wife and many lifelong friends; After his graduation from Thompson Falls High School in 1952, he served in the Army in Korea and Japan. Following his military service, Frank attended Indiana Tech University, earning a degree in Mechanical Engineering. He married his wife, Patricia (Pat) Puphal Sularz of Thompson Falls, in 1956. Frank and Pat lived in Indiana while Frank earned his college degree, graduating in 1958.

After Frank finished college, Frank and Pat spent the next few years in Seattle, while he worked for the Boeing Company and then the next six years in Denver, where he worked as an engineer for Westinghouse and attended law school. However, Frank's time in law school was cut short, as during their time in Denver, the couple was blessed with two children (Lisa and Jeff).

Frank had a lifelong passion for his family, building businesses and being an entrepreneur. He was also a lifelong Rotarian.

The family moved to Albuquerque, New Mexico, in 1966, where they spent ten happy years creating wonderful memories. Much of their time in New Mexico was on a property near the Rio Grande River where the family enjoyed country life with dogs, horses, sheep, as well as gardening and swimming. During this time Frank was the General Manager at Enviroco, a company focused on clean air systems for the medical industry. Frank was blessed with many lifelong friendships from his time at Enviroco.

In 1976, the family moved to Colorado Springs, Colorado, for 24 years where Frank built a new business in the medical industry.

In 2000 Frank and Pat retired to their childhood roots in Montana to care for Pat's mother, and after a few years, left to become snowbirds, splitting their time between Lacey, Washington, (to be near their grandson Archie in Seattle) and Gold Canyon, Arizona, where they spent 11 happy years.

Frank was preceded in death by his beloved wife (Pat) of 61 years, his parents, Frank and Agnes and his brothers Walt and John and sister, Angela, and daughter in-law Melanie.

He is survived by his daughter Lisa Visintainer of Seattle, her husband Steve and grandson Archie; his son Jeff from Santa Maria, California; and many cousins, nieces, and nephews.

A graveside memorial gathering will be held at the Whitepine Cemetery in Sanders County, Montana.