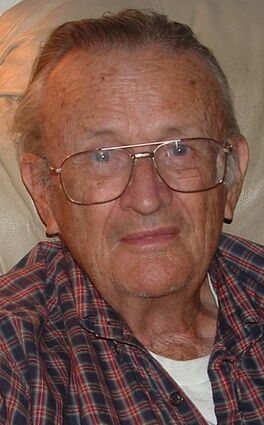 Scott Burrill Haight, 94, passed away Thursday, June 2, 2022, at his home in Spokane Valley, Wash., from natural causes. Scott's sudden passing was unexpected; he died peacefully in his sleep.

Born in Lewistown, Mont., on May 23, 1928, to Montana settlers Rex Cassiday Haight and Sylvia Melissa (Ufford) Haight, Scott joined an older brother, Hardy Hershel Haight, to complete their family. He spent his early years in eastern Montana until his family finally settled in Missoula. In Missoula, Scott became a Boy Scout with the Boy Scouts of America and then passionately evolved into an amateur ham radio operator. He met his future wife, Betty Lou Johnson, at the local roller-skating rink where they enjoyed couples' dance skating on their date nights. He graduated from the University of Montana with a bachelor's degree in mathematics/physics, then was immediately drafted into the Army during Korean wartime from 1951-53. In early 1952, Scott and Betty were married at the U.S. Army Fort Bliss Chapel in El Paso, Texas. The pair would eventually have five children together. Upon discharge from the Army, Scott was employed in the aerospace industry as an electrical engineer with Hughes Aircraft Company until his retirement 36 years later.

Scott was determined to provide for his family. He was proud of his children, grandchildren and great-grandchildren. He always tried his best to support, guide and mentor his family members. He took a leadership role in his daughters' Camp Fire Girl Groups and was a respected scoutmaster for his sons' Boy Scout troop. He was passionate about the great outdoors and wildlife. He enjoyed seeing and sharing its beauty from the front seat of his 1962 four-wheel drive Willys Jeep. Scott lived the majority of his life in southern California, but he eventually returned to the Pacific Northwest and his beloved Montana, where he was home at last.

A celebration of Scott's life will be in Montana during the Spring of 2023. Instead of flowers, we ask that you take a moment and recall a fond memory of Scott and send it to us at [email protected] or Debbie Moore, 93 Red Ryder Circle, Pagosa Springs, CO 81147. We will share your memories with our family.