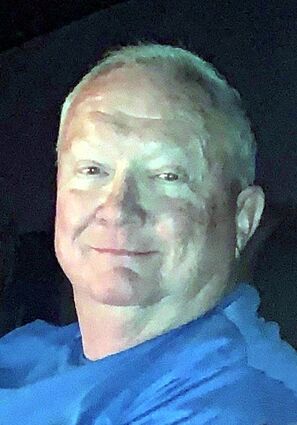 Scott William Wendling joined his Heavenly Father June 24, 2022. He passed following one of his many passions, riding his motorcycle with his friend through the majestic mountains of Idaho. Scott was born September 14, 1955, in Dayton, Ohio. He was the son of Jack and Kathleen Wendling, now deceased. And he was the apple of his big sister Sue's eye.

Scott spent his childhood in New Carlisle, Ohio. Upon graduation from high school, he and the family moved to Southern, Idaho, where he started pre veterinary studies at Idaho State University. Scott finished his bachelor's degree at The University of Idaho and pursued his lifelong dream of becoming a veterinarian at Washington State University.

Scott and his wife, Eileen Bjornn were married in The Salt Lake City Temple just prior to him starting veterinary school. In 1985, after graduation Scott, Eileen and family chose Kalispell, Montana as their home and founded Ponderosa Veterinary Hospital. He was an asset to the field of veterinary medicine. In 2017, Scott and Eileen retired and established permanent residency in Thompson Falls, Montana, their "happy" place.

As you probably know, Scott was an avid outdoorsman. Eileen and the kids want you to know that he was fortunate to take four "once in a lifetime" hunting trips! Scott became a pilot in his late 40's and even mastered aerobatics. He also fished, water skied, snow skied, enjoyed target shooting and showed horses in his youth.

Scott served the LDS church community and the community at large with Christlike love his entire life. He was always available to lend an ear and offer support.

In addition to Eileen, Scott is survived by his four children, Jacob his wife Jaime, Abbie and husband Matt, Sara and husband Ryan, and his youngest son, Seth. Scott had 11 grandchildren who were the light of his life. Scott is also survived by siblings Mark, Sue and Ann.

All are welcome to remember and honor Scott at his funeral July 8 at 1pm, at the Kalispell Montana Stake Center, 1380 Whitefish Stage Road, Kalispell, Montana.

In lieu of flowers, Scott would so appreciate donations to The Church of Jesus Christ of Latter-day Saints General Missionary Fund or Humanitarian Fund."