County changes cause in death of Plains man 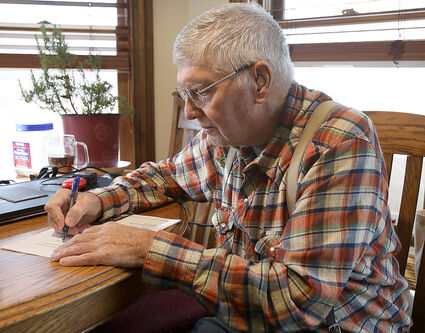 A STEP FORWARD – Pat Legard of Plains signs a document from the Sanders County Attorney's Office that identifies his son's death as a "potential homicide" rather than undetermined or suicide.

It's not quite the closure he had wanted, but there's still hope for Pat Legard that the killer of his son, Mark, will be found, especially now that Sanders County ruled that the death a "potential homicide" instead of suicide.

The 74-year-old Legard signed a settlement agreement Thursday with...