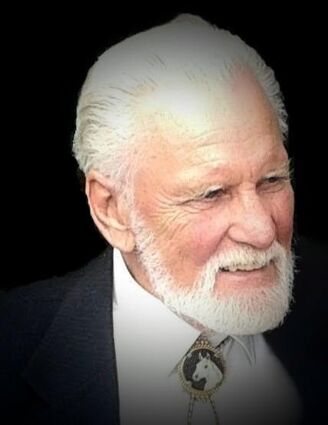 Ted Hoglund passed away surrounded by family on October 7, 2022, only a few weeks before his 85th birthday. Just days before his passing, he received a sudden diagnosis of cancer that had spread. He told his family that he had a good life with so many wonderful experiences and he was at peace.

Ted was born in 1937, at Fort Snelling, to Sergeant Orville Hoglund and Beatrice Hoglund. After his father was discharged from the Army, the family moved to Jackson, Michigan where Ted first attended school. When World War 2 broke out, Ted's father Orville, reenlisted in the Army Air Force and the family relocated to Mellen, Wisconsin to be closer to extended family. After the war, the family rejoined Orville in Wiesbaden, Germany, where Ted and his 3 brothers attended school and learned a few German words. After Germany, the family first moved to Chanute Air Force Base in Illinois and then to Camp Custer in Michigan. In Michigan, Ted and his brothers joined the boy scouts and developed a lifelong love for camping in the woods.

In 1953, when Ted was in high school, the family moved to Tacoma, Washington. Ted was not happy about it at first, but it turned out to be a good move for the family. Ted, along with his brother Gene joined the Army National Guards, Btry A, 530th Anti-aircraft battalion, when he was 17, serving from 1954 to 1962. He Graduated from Lincoln High School in 1956. He and his brothers met their wives and raised their families in the area. In 1957, Ted married his high school sweetheart, Barbara. He and Barbara had three children, a son Ronald and two daughters, Teresa and Renee. In the late 1950s, Ted worked at Boeing building B-52s and 707s. In 1960, Ted landed his dream job as a firefighter for Tacoma. Ultimately, Ted climbed the "ladder" to become a battalion chief for the Tacoma Fire Department and retired in 1986.

In 1975, Ted bought a muzzle loading rifle and attended a rendezvous. This was the beginning of his lifelong love for the rendezvous – which included sewing his own period gear, making rifles and pistols, and trading gear and muzzle loaders. The last rendezvous he attended was in May of 2022. Ted made good friends with Oly Olson and Norm "Rawhide" Allen at the rendezvous and they convinced him to buy a place close to Thompson Falls, Montana.

In 2002, Barbara passed away from complications associated with a long battle with Alzheimer's, and shortly thereafter Ted moved to Thompson Falls.

In Thompson Falls, Ted thrived living in nature and being able to hunt in his own backyard. He made many new friends. He was active with a poker group, various rendezvous groups, and the many organizations he belonged to including the Masons, the Elks, the American Legion and several gun making guilds.

Ted was a man of service, always willing to either take the lead or pitch in when there was a need. More recently, he shared his knowledge as a docent teaching school children about Lewis and Clark, serving in leadership in the organizations he belonged to, and tirelessly fundraising for his causes.

Ted loved history and studied David Thompson and Lewis and Clark so extensively that he became a local expert recognized by others for his extensive knowledge.

Ted was a wonderful father, grandfather, great grandfather, brother and son. He told us he loved us every time he talked to us. He was a role model to us of how to live a good life. He made friends everywhere he went. He showed us that through hard work and determination you can achieve really big things.

Ted loved jokes and had a great sense of humor. You couldn't connect with him without hearing a genuinely funny joke about Oly and Lena or St. Peter.

Ted was preceded in death by his parents Orville and Beatrice, his sisters Lorraine Degiovanni and Minerva Hitchcock, his brothers Harvey and Jerry, his wife Barbara, and his son Ronald.

Following, at 12:30 pm, there will be a Celebration of Life at the Clark Fork Valley Elks Lodge, 2519 Industrial Way, Thompson Falls. Lunch will follow at 1:30 pm. Please bring your stories and reflections - we all would love to hear from you. 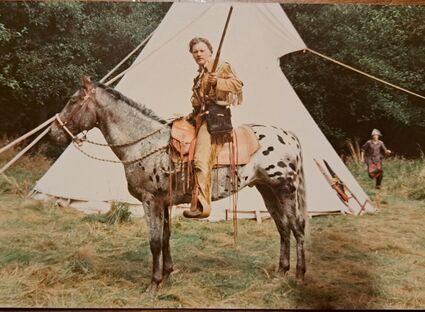 Please feel free to attend either service or both, weather permitting. If you can join us at the Elks Lodge, please email [email protected]