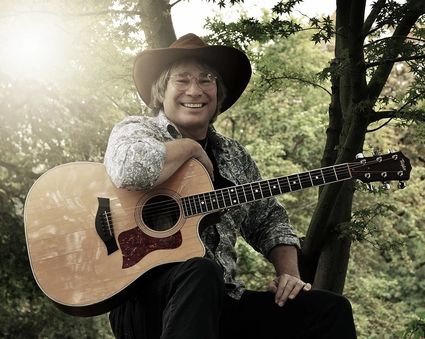 JOHN DENVER TRIBUTE ARTIST Ted Vigil, from Olympia, Washington, will play at The Rex Theater on October 24. Tanner Laws will be the opening act.

Ted Vigil, a singer, songwriter and John Denver tribute artist, will take a trip down memory lane Saturday, October 24, at the Rex Community Theater in Thompson Falls. With the sound of the legendary John Denver, it is said that Vigil even resembles the late folk musician. Guests will be serenaded with Denver's popular hits, including "Rocky Mountain High," "Annie's Song" and "Thank God I'm a Country Boy."

At the request of a local Sanders County resident who has seen Vigil perform in New York, the Rex Community Theater was able to book the world touring artist, who has performed with John Denver's lead guitarist, and has also played for Windstar Foundation, an environmental education and humanitarian organization founded by John Denver. Vigil was born in Seattle, and is now based out of Olympia, Washington. He started performing at the young age of 10 and has been developing his musical talents ever since.

"I believe bringing venues like this to Thompson Falls is something this community can really benefit from," said Christine Munday with The Rex Theater. "I hope the whole community gets behind this because they will be the ones who revitalize the Rex, not us!"

"Our local boy Tanner is going to open for Ted Vigil, so that's exciting," Munday exclaimed. Munday is asking that folks come early for the best seats. Thompson Falls High School graduate Tanner Laws will be opening the show at 6 p.m. and Vigil will be performing at 7 p.m. A message on the Rex Community Theater Facebook page states tickets are going fast, and to allow for proper social distancing, they will only be operating at a 75% capacity.

Tickets are available at The Printery in Plains, M&M Liquor in Thompson Falls, the Wayside in Trout Creek, and online through the Rex Community Theater Facebook page.