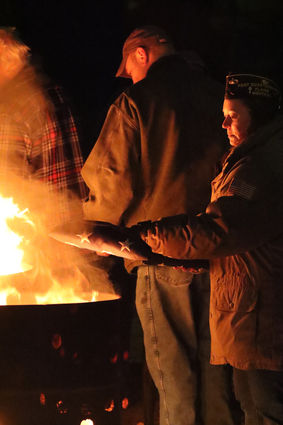 LAID TO REST - Heather Allen (right) of the Plains VFW places a flag in one of the barrels during the flag retirement ceremony Monday.

In 1942 the first American code for flag etiquette was nationalized, however, prior to flag day several years earlier, in 1923, there were no guidelines of any kind generally recognized by the states or the federal government. After some time, the country decided there needed to be officially rec...