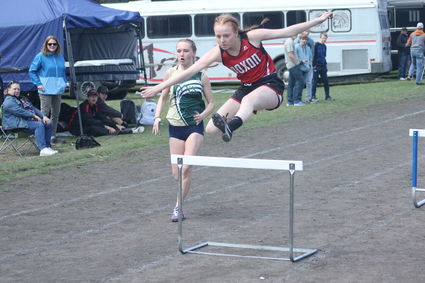 Noxon’s Cade VanVleet and MacKenzie Morgan made quite the small-school splash at the Top 8 meet in Eureka April 27, as VanVleet obliterated meet records in the discus and shot put on the boys side, and Morgan set a new standard in the girls 400 meter run.

The third-ranked discus thrower in Montana in any class up to this point with a best mark of 154-3 earlier this season, VanVleet set a new record in the event at Eureka with a toss of 143-7.

Ranked No. 8 in the state in the shot with a previous best of 47-9, VanVleet pushed the steel ball 47-3 in Eureka to set the new Top 8 record.

For her part, Morgan completed the 400-meter circuit around Eureka’s track in 62.67 seconds to set a new Top 8 record of her own.