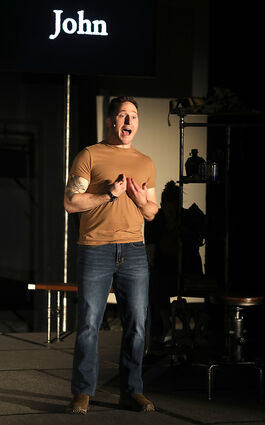 Capt. John (Joe Metcalfe) feels he no longer fits in with civilian life and wants to be back with his fellow Marines. He talks of having a confrontation with a young adult who was skateboarding nearby.

The auditorium was dark as the actors of the Montana Repertory Theatre each stepped onto the stage to tell their story - which was also mostly dark - of their times in combat in the Middle East.

The play "Reentry" was a compilation of narratives from Marines in combat in Afghanistan and Iraq dur...