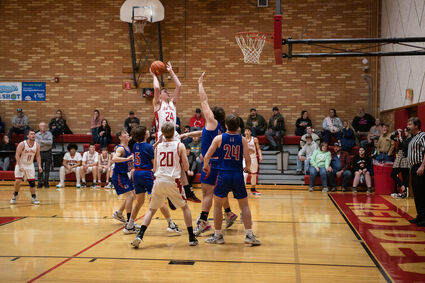 Red Devil Shane Murray leaps above the competition for a shot against Superior.

The Red Devils basketball team had some tough competition last week against Charlo and Superior. The boys had a 68-23 point defeat against the Charlo Vikings on Thursday. The leading scorer was Ricky Williams with 11 points, Justice Kayser netted four points and Brian Risch, Ian Brown, Aiden Curr...