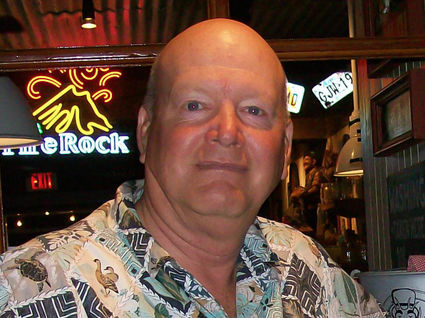 William C. Curry was born on October 6, 1946, in Kirkland, Washington, "to be close to his parents." That's how he would tongue-in-cheek phrase it. He grew up on a 20-acre farm north of Redmond. There he experienced rural life to its fullest and loved his family, extended family and neighbors. He is preceded in death by his parents, Von and Marian Curry, his younger brother Jeff and his granddaughter Josephine. He is survived by his wife Sue and his children: Anne McBee, James, John, Robert and Jack Curry with their spouses and 15 grandchildren and their spouses; two sisters, Sharon Wolf and Susan Coffin and their husbands, Lonny and Ned, and their children; sister-in-law Natalie Williams and many, many relatives. Family was dear to Bill's heart and throughout his life he maintained relationships and friendships with a host of people.

After graduating from Lake Washington High School in Kirkland, Washington, he "got" to tour Viet Nam courtesy of the U.S. Army, where he served as a Chaplain's Assistant, playing the organ; often at night he drove a Colonel to outlying sites to check on the troops. When he returned he completed two years of college, but quit during his third year. He lived in Washington and married Sue Barrie. They celebrated 48 years last June. In 1991 he moved his family to Dillon, Montana. Other places he lived since include Belgrade, Montana; Kailua-Kona, Hawaii; and Plains, Montana.

He played the tuba in high school, and loved listening to old songs from the 30s and 40s, which he played on the organ and piano. Another pastime was watching early films and old westerns; John Wayne being his favorite actor. Bill always said the quintessential western was the movie Shane.

He was a lover of the great outdoors and enjoyed hunting, fishing and camping with family and friends. He taught children and grandchildren to both hunt and fish. He also enjoyed watching his grandchildren's sports and playing cribbage with them and many friends. Along with others, he and Sue helped teach the second graders cribbage the past two years in Plains to help improve students' math skills.

Bill had an eclectic employment history: custom warming in Western Washington, school bus driver, later dispatcher for the Lake Washington School District; hod carrier, brick and stone mason, chimney sweep, general contractor, potato harvester, fuel deliverer, later manager of the fuel division for Cenex in Dillon, and in Hawaii he was a night stocker for Wal-Mart, to list a few.

Bill's Christian faith was very important to him. He was raised in the Methodist Church, where he played the organ and helped with the youth group. He surrendered his life to Jesus in 1978 and he wanted his friends and family to share this love for Jesus. He was involved in practical ministry, supplying wood to those in need with other brothers from the church and led a life group in his home. In later years, in part due to a bout of cancer with surgery and a heart attack, he became more determined in sharing his faith with others. He would often say, "Check your back-trail. If God brings someone to mind, tell them of Jesus; the time is short, don't leave people behind."

"I'll be Home for Christmas" was fulfilled when Bill went to his eternal home on Christmas Day, 2018 to be with his Savior, Jesus. We love you Bill and can't wait to see you again.

A celebration of life will held at Plains Bible Chapel on Saturday, January 19, at 11 a.m., with reception following at Plains Alliance Church.