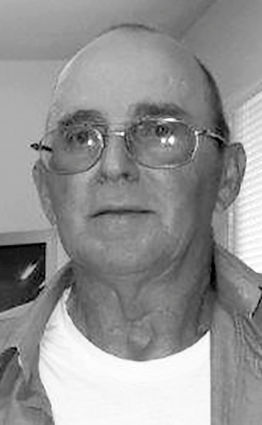 Jim Haughton passed away at home in his sleep September 18, 2019. He was born to Tom and Hazel Haughton February 23, 1943 in Ellensburg, Washington.

Jim married his wife Lucille "Billie" Reilley August 21,1964 in Dallas, Oregon. They lived in the Portland, Oregon area most of their life. They moved to Thompson Falls, Montana in 1995. He was happy to have had his loving wife for 55 years. After all those years, you would see him holding her hand at home while watching TV or at church, while listening to the homily. He always gave her a kiss before saying grace before a meal.

He lived in Washington and Idaho. He grew up in Coeur d' Alene, Idaho most of his life, on the family dairy farm. Jim was the third of nine children.

When he was 11 years old, he had an accident on his bicycle, and broke his left hip. Over the years he lost his hip altogether and wore a buildup shoe for many years. He took up welding and worked in the shipyards in Portland, Oregon doing welding on construction jobs. After many years, the doctor told him to get a sit-down job. In the late 70s he got a truck driving job and drove dump trucks for many years and went on the road for around 20 years. In all, he had somewhere around 60 surgeries. There was nothing he would not try to do.

He loved to work with wood and made many things. The last wood projects that he made were, trucks with lowboys, backhoes and track holes.

He loved to camp. Camping was one thing he always did as a family as much as possible. After moving to Montana, he started by getting a church family to go camping and floating down the river. He started the Family Group Campout with his brothers and sisters.

Jim was on the city council for five years.

He did what he could for St. William Church, where he and his wife attended. One of the projects he did with Fr. Ken was to take off some of the copper tile on the back wall before it was remodeled.

Jim always wanted a Sheltie dog. He got one, and after she passed away, it was many years before he could talk his wife into another dog. He eventually got a small black and white dog he called Snoopy. When he had her put down, she was cremated and put in a small box. Jim always said when it was his time to go, he wanted her to go with him.