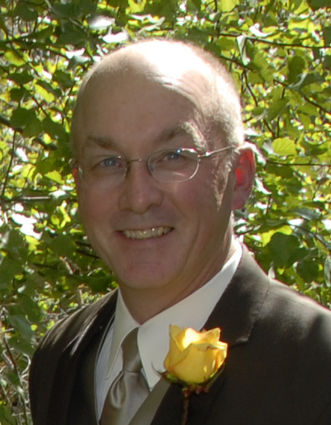 Brian Richard Taylor was born in Hamilton, Montana, to parents Mildred and Courtney Taylor, Jr. His childhood was full of days spent running and swimming at the lake, competing in a plethora of sporting events and playing games that often involved a prank or two...always in good spirits to make those around him laugh and smile.

Brian was an entrepreneur at heart starting at a very young age with his first paper route where he went door to door with his dad delivering newspapers. He played football, basketball and track throughout middle school and high school and enjoyed sharing stories and reliving his favorite moments he held so dear to his heart and could recall like they were yesterday.

Brian earned his degree in construction engineering from Montana State University where he participated in track and field and threw the javelin. He met his wife Betty while in school. He kindly referred to himself as her Velcro buddy...the man who stood by her side, loved her dearly and was unconditionally her partner in crime as they built their life together. After graduating in 1978, they moved to Helena and he started a career with Mountain Bell. He later became a State Farm Agent in 1984 and moved to Plains, Montana, where he ran his own agency from 1986-2019.

Brian had a passion for building. His mind was often exploring plans for a new project for the office, his home, cabin or one of his kids' school projects.

One of Brian's greatest joys was coaching. It was in his blood and harnessed his strong competitive spirit. He felt it was such a privilege to help student athletes achieve their best personal record. It was also his way of giving back to the community. Track seasons were such a happy time and he was able to work with over 27 state competitors at the high school level. Brian was humble and never boastful when his athletes took the podium...it was a silent composed feeling of pride that you could easily see bursting deep from his insides. His legacy continues on with those he coached and now coach the art of javelin.

Placid Lake was a destination of choice when it came to spending time with friends and family. He grew up spending his summers there as a boy and later had his own cabin. Countless hours were spent there swimming, boating and enjoying the great outdoors.

Brian wasn't one to miss a day of living life to the fullest...he was an early riser who loved all things outdoors. He loved to travel and those who knew him best were never surprised to be captured in one of his photos. He enjoyed taking photos and took an uncountable amount throughout his life. Making jokes and pulling pranks were a must with his quick wit and humor. He was a man with big dreams and endless ideas. He was a thrill seeker at heart and his adventures were not complete without some kind of shock-factor for those who accompanied him. He wanted others to feel the thrill and excitement of life. Friends and family often described Brian as hard-working, knowledgeable and always up for a sports recap. He was the solid rock everyone could count on.

Brian (63) passed peacefully at Clark Fork Valley Hospital in his hometown of Plains, Montana, surrounded by loved ones. He succumbed to complications with a prolonged battle of an undiagnosed autoimmune disease. His family will be forever grateful for the excellent medical care he received in Missoula and in Plains.