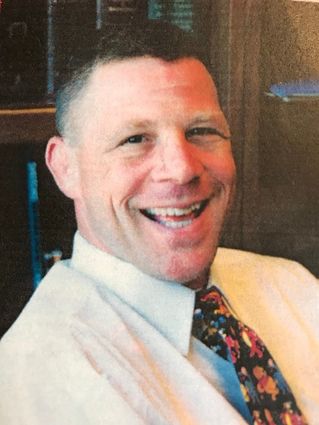 William Casper Cain passed away unexpectedly from heart complications on Friday, February 7, 2020, at his home in Thompson Falls, Montana. Bill was born October 10, 1961, in Ann Arbor, Michigan, to parents James and Judith Cain

Bill had three siblings, Jim, Mike and Candy. He attended Hartland High School and graduated in 1980. He grew up in a wrestling family and his love of the sport took him to North Idaho College in Coeur d'Alene, Idaho, where he wrestled for the Cardinals and was part of the 1982 National Championship team. After receiving his Associate of Arts degree at North Idaho, he transferred to the University of Montana, where he wrestled and earned a Bachelor of Arts degree. He worked hard and earned his Juris Doctorate Degree in law from Thomas Cooley Law School in Lansing, Michigan, and an Educational Specialist Degree from Michigan State University.

Bill did his student teaching in Frenchtown, Montana, where he helped coach wrestling. On a trip to Thompson Falls, he saw a bighorn sheep on a rocky cliff and said he'd come back one day.

He taught in Coeur d'Alene, Idaho, where he met his future wife Tami, for one year before returning to Michigan in 1987 to be closer to his family. He was a member of the staff, then administration, at Hartland Consolidated Schools in Michigan, from 1987 until his retirement in 2018. He worked as a principal, athletic director, teacher and coach for the school system, making a positive impact with everyone he encountered.

Bill had three passions in life: his family, education and wrestling. In 1989, Bill married Tami Pomerinke. They raised two beautiful daughters, Siara and Autumn. He loved being with his girls, taking them on adventures and relaxing at home.

In 2018, Bill retired as Director of Student Services at Hartland Consolidated Schools and accepted a job as Thompson Falls Superintendent. He loved this school district and he loved being in Montana. His most prized possession was his black Jeep. He would hop in the Jeep, take his fishing rod and explore the back roads of Sanders County.

Bill loved the Thompson Falls School District. He came here to do a job, to make a difference, and though he missed his family back in Michigan, he knew he was where he needed to be, doing what he needed to do.

Most mornings, Bill would go around to each classroom and say hi to the kids, a tradition he started in Michigan. He did the work that needed to be done, but he didn't like sitting in his office. He wanted to be with the kids he loved and cared about so much. He was known for challenging students with rewards such as letting students paint his face or making him sleep on the roof. Before he passed, he was growing his hair out to let a class who won a reading competition shave his head.

Bill is survived by his family: wife Tami and daughters Siara (Andrew) and Autumn (Jamie) of Howell, Michigan; parents James and Judy; siblings Candy and Jim of Michigan and Mike of Ohio; numerous nephews and nieces; countless friends he made everywhere he went and all of the wonderful students and staff he worked with throughout his career.

Services were held in Thompson Falls on Wednesday, February 12, with school staff and friends sharing stories of the great impact Bill had during his short time in Thompson Falls. Additional services will be Sunday, February 23, in Howell, Michigan. In lieu of flowers, donations may be made to a charity of your choice. Better yet, volunteer at your local school. Honor Bill by being a positive influence and making a difference in a child's life.