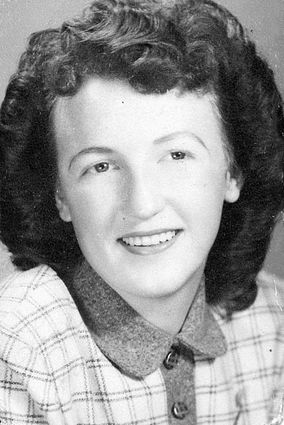 June Hamilton, a long-time resident of Thompson Falls, passed away peacefully on Sunday, March 1, 2020, in Kalispell, surrounded by loved ones, which is the only place she ever wanted to be in the living world.

June Evelyn Jones was born to Alex and Ida Jones in Deer Lodge, Montana, on June 26, 1930. The family lived most of June's childhood on the Little Valley Ranch, a sprawling ranch in the Helmville/Avon area that covered more than 8,000 acres and allowed her and her three sisters many great adventures. Although during the Depression tough times were being had by many folks all over the country, the Jones children didn't really know it and they had everything they ever needed right there on the ranch. Working alongside their parents, the girls all had chores they were expected to do and June always took great pride in the fact that she had her own team of horses to run the bull-rake during haying season on the ranch.

She attended a small school, long since shuttered in the Flinn area outside of Avon, and June and her sisters often rode to that school all together on a horse. She then attended high school in nearby Deer Lodge, from where she graduated. June went on to study at a business school in Helena with her best friend Betty Lou Bignell and worked for a time at the capitol building. She also worked at Yellowstone Park for one summer and went to beauty school for a time as well. June went on to take care of all her family's hair-cutting needs, and to cut and style hair for her friends for most of her adult life.

The Jones girls loved to dance and they had a lot of fun doing so with the ranch hands who worked at Little Valley. Eventually the girls were all paired off with beaus and June married Jack Hamilton in 1953. Soon came Janiece, Joy and John in rapid succession, followed by Jeanette a few years later.

Jack and June were very community oriented in Ovando, where they lived in the early years of their marriage. They had a close circle of friends and loved to gather at Trixie's Antler Saloon. Change came when Jack followed Rosignol Logging to Thompson Falls in western Montana. The Hamiltons, along with the Wulfkuehles, the James the Wilsons, came to Thompson Falls and worked for the Wulfekuhles, who formed the Little Thompson Logging Company. Jack and June remained civic minded when they moved to Thompson Falls and helped the booster club build the present-day high school football field. June also became a volunteer and fundraiser for the American Cancer Society after Jack successfully battled cancer.

June was always very creative and found many ways to express that creativity. She discovered a knack for sewing after helping Janiece with a 4-H project and became extremely knowledgeable and skilled, making items of clothing from pattern kits for her family and friends. She worked in Pat's Unique Boutique for a time, which sold fabric and notions and also did alterations. She sewed a lot of her own clothes and was always repairing one item of clothing or another for the family. She was continuously transforming the household, painting rooms, wallpapering and redecorating.

After a time, June took a job as cashier at Lee's Foods, which later became Aitkins' Foods, and there she met Fritz Traver, who would become one of her lifelong friends. Well known as a team around town, June and Fritz had many adventures and laughs together. And June loved to laugh. She often had jokes tucked into her purse to share with her friends, and they were known to be on the naughty side.

June passed on her love of sewing to Joy, her ability of capturing beauty and turning a phrase to John, her pursuit of a good deal and a great outfit to Janiece (she loved to shop) and the love of paint and color to Jeanette.

Thompson Falls remained her home for almost 57 years and she had many friends, alive and passed. She loved a good cup of coffee and made the best chocolate chip cookies in town. She wanted the best for everyone she loved and couldn't rest until they knew that. 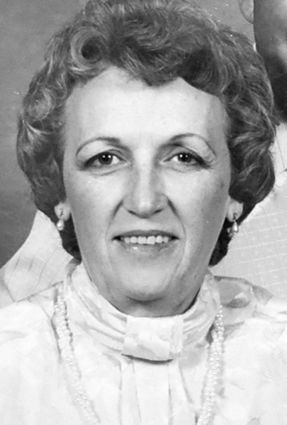 The family would like to extend a heartfelt thanks to Mary Lou and Steve Larsen, and to all the other fine employees and people at the Mount Silcox Adult Care Center in Thompson Falls, and to all the medical personnel in Thompson Falls, Plains and Kalispell who have helped June over the course of the last several years. June would have also thanked her fantastic late-life friends Betty, Pat, Karen, Kathy and Susan if she would have had that chance. Thank you to everyone who made June's life just a little bit better, she sure made ours better in return.

A service will be planned later this spring.