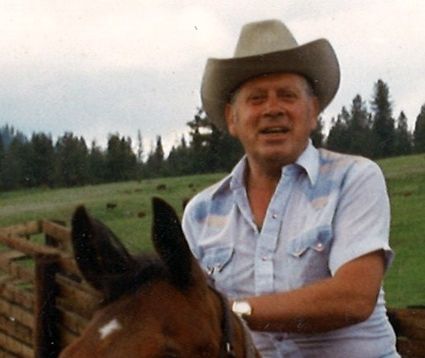 Robert "Bob" Crismore has taken his final trip, this time on Heaven's Highway.

Bob was a tire salesman and traveled the road for years doing what he did best - selling.

Bob was born on Feb. 18, 1935, in Lonepine, Montana, to Herman and Sarah Crismore. He grew up on a ranch with his sister and two brothers. He attended Lonepine Grade School and Hot Springs Junior and Senior High. He graduated in 1954.

In the summer of 1955, he went to work for Montgomery Ward in Missoula selling tires and the rest is history.

Bob and Jeanne "retired" to Plains, Montana, in 1999 and began traveling. Over the years, they visited almost every state in the U.S. Although officially retired, Bob continued selling tires through his business, Montana Tire & Wheel. He was busy up to the time of his death.

Bob will be remembered with love, laughter and country music.

We love you Dad.