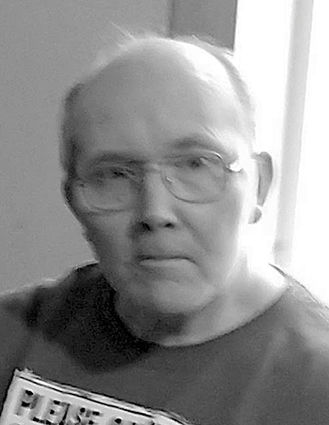 Paul Arthur Wood, 65 years old, was born in Hot Springs, Montana, on December 3, 1954 and passed away at his home with his wife by his side on July 30, 2020. He was the son of James and Neva Wood. Paul was born and raised in Sanders County, Montana, and other than for work, chose to never live anywhere else.

As a child he loved playing baseball and always dreamed of going to Seattle to catch a Mariners game. He grew up working in the mills, having spent time at W.I. and TRL as well as being a janitor at the Thompson Falls School. He later worked for the Sanders County road crew and finished up his working career doing bridge construction and repair with Tamietti Construction.

He loved spending time with his friends and family. After retiring he enjoyed sharing stories of his adventures hunting, fishing and camping trips with his buddy Chuck from school. And, every year he looked forward to getting firewood with the Erwin’s that he always considered to be an extension of his own family. Paul enjoyed spending his spare time tinkering in the shop and around the house. He loved the times he got to take the grandsons hiking in the mountains and fishing in his dad’s old canoe. Many hours were spent watching the History channel with the granddaughters, learning about Bigfoot and UFOs. He made sure to make it to as many sporting events as he could. He also liked to recline in his chair and take in as many John Wayne movies as possible with them. He wanted to plan many more outings with all of the grandkids and was excited for his first great-grandchild to be born in December. The granddogs will miss that he greeted them each time with a pocket full of treats.

He is preceded in death by his father James, mother Neva and his brother Mike. He is survived by his wife of 26 years, Joan Horner; his stepson Doug (Rhonda) Horner; stepdaughter Tracey (Jason) Dean; his grandchildren Tyler (Sky) Dean, Jacob (Nicole) Dean, Vanessa Horner, and Brianna Horner; his twin sister Peggy, and his brothers Jay (Mary) Wood and Rich (Kim) Wood; as well as many nieces and nephews.

He will be laid to rest at the Fraternal Cemetery in Thompson Falls on Saturday, August 22, 2020. The graveside service will be at 11 a.m. There will be a potluck at the Power Park after.