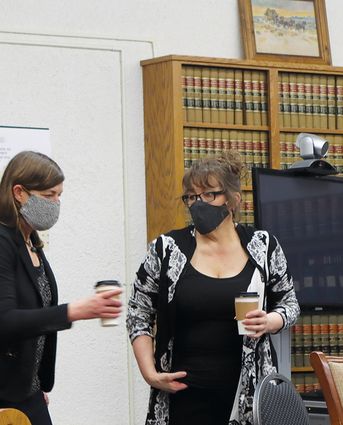 Danielle Wood (right), the former Thompson Falls resident charged in the murder of her ex-boyfriend, appears in court at the start of her trial on Tuesday.

The trial of former Thompson Falls resident Danielle Wood began Tuesday with opening arguments by the prosecution and defense attorneys.

Prosecutors introduced themselves and their approaches for the trial, stating they intend to convince the jury of eight women and four men th...