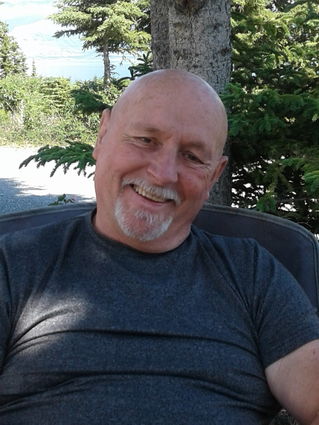 He was born to Herbert H. and Lamryna I. (Tandy) Pugh in Oregon. Most of his childhood was spent in Philomath. He would often tell stories of how he enjoyed fishing in a nearby creek with his dog, Zip. His childhood was full of curiosity.

At the age of 17, Dan entered the United States Army serving from 1967 to 1974 with a tour of duty in Vietnam, extending from December 1968 until January 1970. He was the recipient of the Bronze Star for heroic service and meritorious achievement.

Upon being asked what one of his most fulfilling accomplishments in life was, he would proudly respond, "Being a father." He enjoyed sharing adventuresome stories that included camping, fishing and basketball games.

Dan retired from Pioneer Telephone Company. Attaining a 40-year dream, he and Kathy moved to Montana making great friends and learned to appreciate the middle-of-nowhere lifestyle.

His hobbies included fishing, hunting, ATV riding, building a garden and greenhouse. He always found a project to keep busy.

As a skilled hunter, Dan found great satisfaction calling in the elk. They would come in so close he could almost touch them.

Accepting Christ as his Lord and Savior in 2011 changed his life profoundly. Practicing his faith, Dan used his gift of help in serving others. Utilizing his knowledge and proficiency of driving a backhoe, he would plow driveways, level land, fall trees and dig ditches. If someone needed Dan's help he was there. He served the Lord with great joy and zeal.

He was a genuine friend, loving father and an exceptional husband.

A memorial service honoring Dan's life will be held at First Baptist Church, 705 Main Street in Thompson Falls, on Saturday, May 22 at 2 p.m. A scattering the ashes ceremony will be held at Northshore boat dock in Trout Creek at 1 p.m.