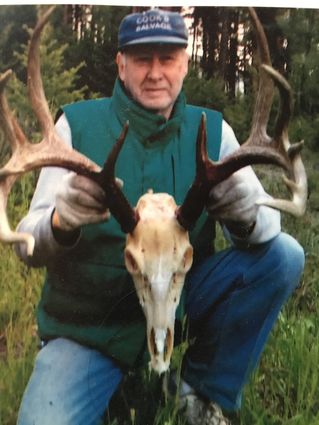 Billie Bruce Henifin was born January 12, 1936, in O'Neill, Nebraska, to Chloe and Arthur Henifin. Bill passed away May 21, 2021, surrounded by his loving family. Bill graduated from Mount Baker High School in 1955. He married his high school sweetheart Velma Hetrick on November 2, 1957. Through 63 years of marriage they raised five children.

After graduation, Bill worked for Drapery Valley Hatchery and then went on to have a career as a boat builder at Uniflite for 27 years and then finished out his career at Wright Bros Boats. Bill and Velma retired to Plains, Montana, in 1997, where they enjoyed their mountaintop home. Bill was an avid hunter and outdoorsman. He loved learning about history, collecting antiques and guns, doing woodcarvings, and working on his beautiful mountain home.

Bill's family will miss his gentle kindness, his sense of humor, and his love of conversations.