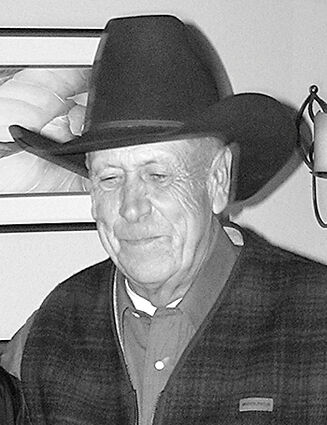 Bud was born November 16, 1935, in Sandpoint, Idaho, to Herb and Norma Lacy. He grew up on the family's small dairy farm near Trout Creek, Montana. He attended school in Trout Creek and graduated from Noxon High School in 1953. He married the love of his life, Shirley Jean Sanders, October 8, 1955. They made their home in Thompson Falls where they raised their children.

Bud worked in the timber industry for most of his adult life, starting with Flodin and Bryce, and after several years, formed his own logging company. He and his partner, Raymond Wakefield, operated a successful logging business for many decades until their retirement around 2000. Bud continued to work part time in the timber and cattle industry during his retirement. For many years he had his own cattle operation on a leased ranch in the Belknap area.

From the time he was a young boy, he loved animals – especially dogs and horses. He was actively involved in 4-H showing sheep and cattle, and won many ribbons and awards for judging. Throughout his life he had several horses and dogs – with Ralph, the Blue Heeler, being his favorite. He and Ralph spent much time together working cattle, logging, drinking beer, and eating beef sticks at the Rimrock. Bud enjoyed rodeos and traveled the area to attend them. He worked at the Vinson Ranch Rodeo throughout its 21-year duration. Horseback trips into the Cabinet Mountains Wilderness were always a highlight in his summers. His large garden provided family and friends with some of the best corn and tomatoes to be had. Bud also liked doing leathercraft and fly fishing.

A graveside service is planned for August 13 at the Whitepine Cemetery.