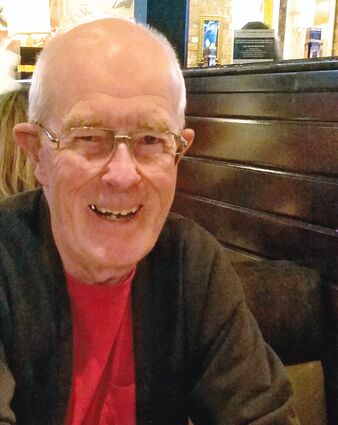 Bill was born in Lemons, Missouri, on September 8, 1936. He is preceded in death by his parents, Ralph and Ruth Schnelle. Bill graduated from high school in North Platte, Nebraska, in 1954. He attended college at the University of Idaho before returning to Nebraska to work with Union Pacific Railroad. After marrying the former Linda Axtell in 1959, he and his bride returned to the University of Idaho, where Bill enrolled in the School of Engineering. He completed his degree in Civil Engineering in 1963 and was employed by Shell Oil, working in both Billings, Montana, and New Orleans.

Bill was hired by the United States Forest Service (USFS) in 1967, moving his family to Great Falls, Montana. In August of 1970, he was accepted into the Forest Service (FS) Transportation Analysis Group (TAG) and completed his Master of Science in Transportation Engineering at the University of California, Berkeley.

In 1972, Bill was assigned to the FS Northern Region (Region 1) in Missoula, Montana. After spending 17 years in Missoula for family stability benefit, Bill transferred to and worked in the FS Intermountain Region (Region 4) in Ogden, Utah, until his December 1998 retirement. Throughout his 31-year career, he worked multitudes of combined road and drainage projects with state road departments and the Federal Highway Administration.

After retiring, Bill and Linda actively traveled, crossing the United States border to border with their fifth-wheel trailer. After visiting the community of Green Valley, Arizona, they found a winter home and later found their summer home in Trout Creek, Montana. Continuing to follow the love of exploration and adventure, Bill and Linda expanded their travels world-wide on riverboat and ocean adventure cruises.

Bill was an avid outdoorsman with a work-life balance that enabled he and Linda to volunteer, giving back while paying forward in the communities in which they lived. Bill especially loved to fly fish the quiet waters of Montana and hunt waterfowl and upland game birds in the northwest United States and southern Canada. He was an accomplished craftsman who loved wood-working – two strip canoes enjoyed by his family at their Trout Creek, Montana, cabin on the Noxon Reservoir are part of his legacy.

Bill was a genius at and of life – he lived well, he lived enough. Warm and giving, Bill's capability to effectively plan and quietly lead, set an example of how to live well with a happy heart and a peaceful yet infectious spirit. Bill was a rock, a foundation for his family, "framily" and friends. His innate ability to sense emotional needs contributed just enough to all with whom he crossed paths. Bill never met a stranger, loved lively discussion on any subject, and left those with whom he engaged a brighter spirit and a happier heart.

Bill is survived by the love of his life and wife of 61 years, Linda; son John (Jessica and Hannah) of Herndon, Virginia; daughter Lisa of Ventura, California; and son Jay and wife Tracy (Hunter and Dylan) of Jamestown, Rhode Island. We celebrate Bill's inspirational life which provides us an example of how to fully live life without regret.

Memorial services will be held at an appropriate time at St. Francis Episcopal Church in Green Valley, Arizona. Internment at his final resting place took place on July 23, 2021, at Whitepine Cemetery near Trout Creek, Montana. The family requests memorial contributions be sent on Bill's behalf to your community's local food bank.