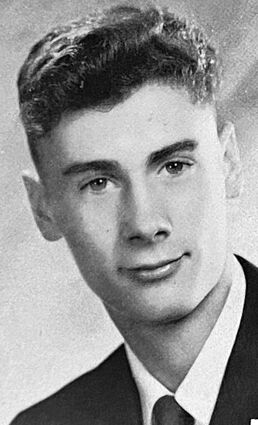 Harley was born July 10, 1937, and called Thompson Falls his home for the rest of his life. He attended all 12 years of school in Thompson Falls. In school Harley was active in sports and excelled in pole vaulting and high jumping. He also played football for the Blue Hawks.

In his teen years Harley began honing his skills as a craftsman by building model airplanes. His attention to detail was already apparent. Harley was a member of the high school projection club. When he graduated from high school he enlisted in the Marine Corps and pursued an interest in photography, becoming a Marine Corps photographer. During this time Harley traveled all over the world, including a deployment to Vietnam during that war.

After 20 plus years of honorable service, Harley retired from the Marine Corps as a warrant officer. When he returned home he spent a number of years hauling bulk mail under contract for the USPS.

Harley was a true artisan at woodwork and started his own cabinet shop naming his business "Reflection in Wood." His cabinetry is second to none in both design and quality. Many homes and businesses in this valley are adorned with cabinets built by Harley. He designed and built numerous bassinets and gave them to young mothers.

Being a kind and generous man, Harley would frequent the local bakeries and candy shops, then go around gifting these "sweet treats" to people where he made regular visits.

Harley demonstrated his woodworking skills once again when he traveled back and forth to Henley's Aerodrome, now Silverwood Theme Park in Idaho, and built a replica of a WWI biplane. A beautiful piece of work with Harley's trademark flawless craftsmanship. Harley's long military career was again reflected in another of his favorite hobbies, restoring WWII Jeeps. He knew every make, model and bolt in those vintage Jeeps and could tell you what part fit what Jeep. In April 2007, Harley married Eileen Stone, his close friend of many years. Eileen was an elementary teacher in the Thompson Falls school, retiring from that position after more than 30 years. A lot of students began their school years under the guidance of Eileen. Eileen passed away in November 2018.

Harley enjoyed family gatherings at Ray and Marsha's home on Finlay Flats and over the years he attended dozens of them. Harley was considered family by all of us. Rest in peace our good friend. You will be missed.