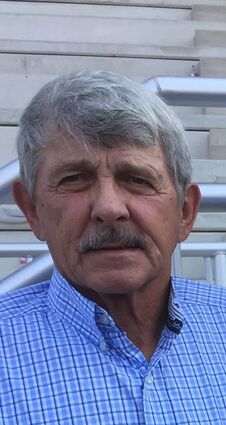 On September 6, 2021, we lost Jim Morkert (age 80) while fishing at his favorite fly-fishing spot, Thompson River, in a tragic accident.

At the time of his death, he was a resident of Trout Creek, Montana. Jim was born in Polson, Montana, on September 29, 1940, to Edison and Marjorie Morkert. He went to school in Thompson Falls and joined the Navy in 1958. He served six years in the Navy, including the last half of a world cruise on the USS Canberra, a guided missile cruiser. After his Navy service he worked in heavy road construction and began his 35-year career with Peter Kiewit & Sons soon after. He retired from the Northwest Division of Kiewit in 1996 as the District Equipment Superintendent and returned to his home in Montana.

Jim was preceded in death by his parents, his brothers Dick and Pete Morkert and his son, Tim Morkert.

There is a Morkert family tradition of hunting and fishing which Jim so enjoyed and loved to share with his brothers, grandchildren, cousins, veterans and more. Even though everyone is scattered all over the western states, they are drawn back to Montana every year to reconnect through hunting and fishing.

Cremation has taken place. A celebration of life is planned for Sunday, April 3, 2022. Jim was a long-time member of the Cabinet Ridge Riders and president for eight years. In lieu of flowers or gifts, please send donations to the Cabinet Ridge Riders' Groomer Fund (CRR, P.O. Box 1577, Trout Creek, MT 59874). Jim was instrumental in the groomer's upkeep and it was his wish to see it succeed.