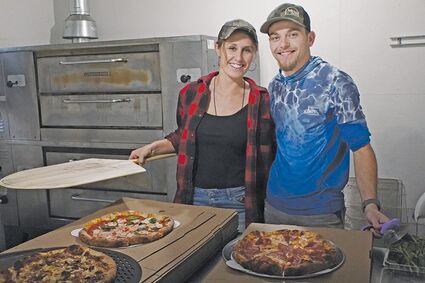 Grace and Jonathan Gingerich operate Six Gun Pizza and Deli at 1018 Highway 200 in Noxon, near the Bull River junction.

A new restaurant has opened in Noxon. After the success of the flagship store in Forsyth, owners Daniel and Nona Waddington approached their daughter, Grace and her husband Jonathan Gingerich, and opened Six Gun Pizza and Deli on August 20.