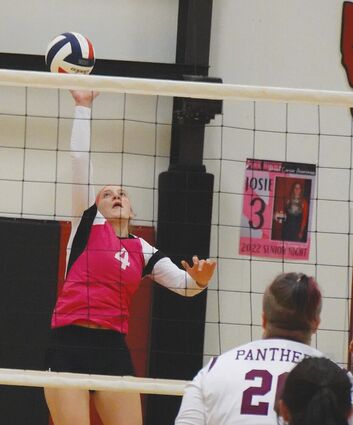 The Savage Heat split games last week as they traveled to Superior on Tuesday, losing in four sets, then rebounded with a three-set win at home Thursday against Alberton.

At Superior, Hot Springs came out en force as they took the first set 25-18. The Bobcats came back to win three straight, however, 25-16, 25-23, 25-17. Senior Lily DeTienne had an impressive 29 kills against Superior, Brooke Jackson led the team in set assists with 22, Lauryn Aldridge had nine kills and three blocks, Kara Christensen had 12 digs and Georgia Uski led the team in aces with two.

The Savage Heat celebrated their seniors Thursday night with a win against the Alberton Panthers, 25-22, 25-15, 25-18. Along with senior night, Hot Springs chose Thursday as pink night and held a dessert silent auction from which all proceeds were donated to the Cancer Network of Sanders County. 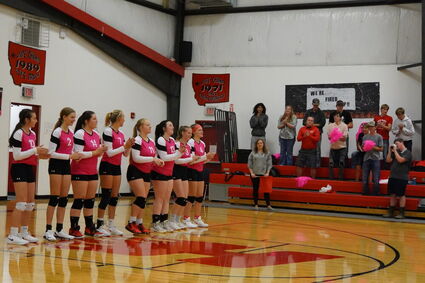 In the first set against Alberton, Hot Springs got off to a slow start as the Panthers went up 4-2 before the Savage Heat tied the set at five. It was all Hot Springs from there as the team found their momentum and maintained the lead, showing impressive teamwork to win 25-22. The second set Hot Springs led the entire time, but both teams were determined to win as they engaged in long volleys and had to work for each point.

The third set was a different story as Hot Springs was determined to seal the win in three. DeTienne served five straight points before Alberton got a sideout for their first point. Hot Springs kept the lead and won 25-18. Senior Josie Uski smashed the ball over the net for the last point in her final home game of her high school career.

The Savage Heat will end their regular season this Saturday as they travel to Darby. The District 14C tournament will be October 28-29 in Ronan.