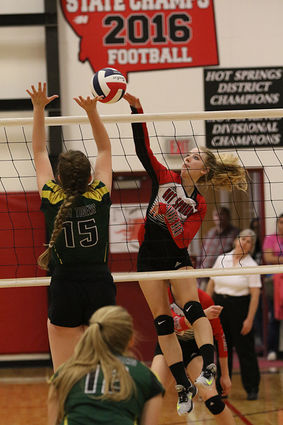 Talk about finishing up in style.

The Thompson Falls Lady Hawk volleyball team completed regular season play with one of their best efforts of 2018, taking down the Troy Lady Trojans in convincing fashion 25-9, 25-16, 25-7 in Thompson Falls Saturday.

The easy win over Troy was only part of the story for the Hawks during their final week of District 7B conference play as they also fought past Bigfork 22-25, 25-15, 21-25, 25-23, 15-7 in Bigfork Thursday, reversing an earlier loss at home to those same Vals. The loss made Bigfork's senior night memory a little bittersweet for the hometown Vals.

Hoping to use those big wins over conference rivals as a launching pad for even bigger and better things this week, the suddenly red-hot Blue Hawks will play Deer Lodge in the first round of the Western B divisional tournament in Florence Thursday. The top two finishing teams from the three-day tourney in Florence will then advance to the Class B portion of the Montana All-Class tournament in Bozeman.

"I am encouraged, we are starting to find our rhythm," coach Sandra Kazmierczak said, "and figuring out how to win the five-set matches." Kazmierczak said the Lady Hawks have played in at least eight matches that have went the distance, the entire five sets, this season, giving them lots of practice in that situation. 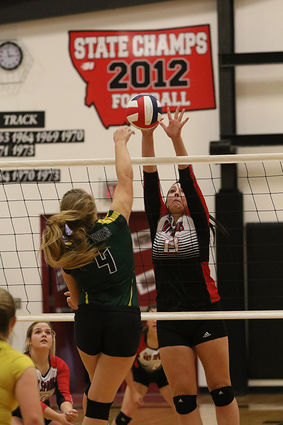 "We played very aggressive at the net," Kazmierczak said. "I am very proud of how everyone stepped up in Bigfork. It was awesome to see us play like that."

Kazmierczak likes her team's side of the bracket, and the way her team is playing, heading into the Western B tourney.

"The girls are really excited and ready to play," she said. "We will go to Florence, play our hardest and see what that gets us."